Fifty Years Is A Short Time In Politics

When Will They Ever Learn? 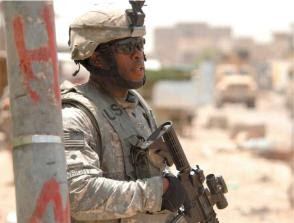 After a popular Army Coup in 1958, permanent British Royal Air Force bases were quickly forced out of Iraq -including the Movements Unit in Basra where I had undertaken my National Service in 1955 and 1956. Patrick Cockburn of "The Independent" reports on major financial pressure upon the Iraqi Government to now obtain permanent US bases with a continued legal immunity for US troops.
Posted by Harry Barnes at 10:37 AM

Harry -- can't find an email for you -- thus the comment off topic here.

You may not be aware of this

Will; thanks for the link as I missed Part 1 yesterday afternoon. Beyond the call of duty, I was reading Labour's 6 policy documents
("Partnership in Power") for a Sunday evening discussion meeting which I run for my local Labour Party - and I wasn't even leading the discussion. 17 turned up. I used to make use of Tressell's book in the good old days when I was a tutor on Trade Union courses