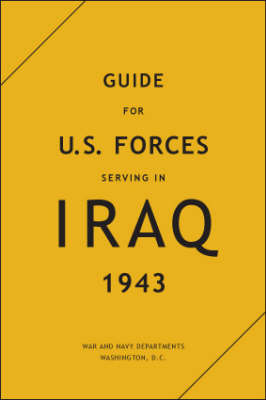 I will try to fill in some of the gaps in my 1955/6 understanding in my next item on Iraq. I just wish I had known more about such things at the time. An equivalent to the booklet issued to the war-time American troops would have helped.
Posted by Harry Barnes at 6:42 PM No comments: