How To Turn This Map Red

Democratic Socialists should think in terms of campaigning for a social, democratic and federal Europe.

Germany also has an internal federal structure, with Landers. A Federal Europe would require it to operate within a three tier structure in which democratic parliaments operated at its regional, national and federal levels. A similar constitutional pattern is appropriate for both social and democratic reasons within Britain. Our third tier could appropriately be based on the present devolved facilities in Scotland, Wales and Northern Ireland. Whilst a pattern for England could be based on the North-South divide, which rests upon clear social and political distinctions.

The federated structure would, however, enable voters to concentrate on their overall common concerns at both federal and national levels, as well as their seeking to further their regional well-being. There needs, of course, to be careful thought given to the powers and authority which is appropriate to each of the three tiers. But at the top federal level itself, the operation of a democratically controlled common currency then becomes a priority; as does the move to a common language being taught in all schools.

We should aim for a pattern in Europe which could, in time, commend itself for wider use across the world. Short term campaigning on improving arrangements within the European Union should always have the above wider objectives in mind.
Posted by Harry Barnes at 12:22 PM No comments:

Labour : Whose Side Are You On?

The Politics of Education 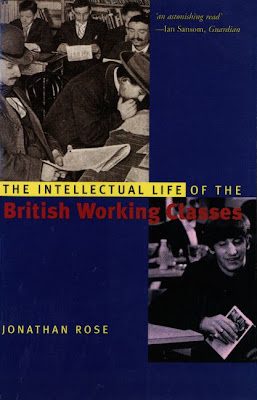 The following includes two quotes from the important book opposite.

(1). Our formal education system was founded on the notion of equipping people for work.

Foster's Education Act of 1870 (which needed to be activated by local bodies) catered for 5 to12 year olds and was directed at helping to turn them into more effective hired hands. It basically established a capitalist system of education.

Yet other values gradually emerged within and upon this formal system, to humanise it somewhat.

Within the system, some teachers and pupils began to ask the awkward question “Why”? Why should we do x? Why should we accept that z follows from y? And even, why should we take anything for granted?. Whilst the forces for conformity were powerful, the intellects key weapon of “why?” kept finding its way forward and partially helped to adjust the formal educational system.

Outside influences also came to impinged themselves upon the formal educational system. Working Class adults had for a long time educated themselves in what is known as the Autodidactic tradition (1) and had united together in ventures such as the 1842 Sheffield People's College (2) and had established collective facilities such as reading rooms for and by miners in the North East in 1850 (3). When school education spread from 1870, elements of the working class then pressed individually and collectively for improved education for their children.

The long term impact of such pressures came to their highest fruition with moves to full employment, a welfare state and forms of public ownership around the time of the ending of the second world war. A mixed model of education began to emerge alongside that of a mixed economy. For a period it seemed to open up the possibility of a vastly improved democratic model of education. But when a period of consensus politics emerged, further significant educational progress was somewhat placed on hold. Then from Thatcherism onwards, we have seen the earlier hopes dashed and (as with economics and social welfare) a dramatic shift back to the capitalist model. Today's difference being that modern capitalism needs numbers of people to have modern skills to handle a new and ever changing technology– even though many modern equivalents of the earlier wage-slaves end up working in inhibiting call centres and there equivalent, rather than in mines and factories. Many more (including the young) become long term unemployed.

(2). What then should we look for in an alternative democratic socialist model of education - even though we need to recognise that its very achievement will also require many other economic and social changes to be taking place at the same time? Here we need to recognise that the very ideas we carry in our minds are the key to wider social change.

It is a characteristic of humanity that it developed intelligence as an evolutionary characteristic to ensure our well-being and survival. There is no end to our intellectual endeavour if it is encouraged and not destroyed.

Secondly : Avenues for our Collective Well-being and Advancement.

Democracy itself needs much more than a universal franchise and periodic elections (as important as these are). It needs a widespread interest in the search for the means by which we can build and maintain a fair and just society.

Thirdly : Everyone is shaped and influenced by their environment and experiences.

But too many of today's influences via the media, advertising and commercial values have undermined the previous mixed economy of formal and informal educational values. We need to work for an overall environment in which questioning, enquiry and the quest for understandings are to the fore. This has consequences for the quality of life, which goes well beyond an intelligent interest in political activity (important as this is).

Fourthly : Education should be for life.

People should have ready access to formal and informal educational avenues outside of their basic years at school or as college or university students. Minds that settle have died.

Fifthly : The stress on all the above forms of education, does not ignore the need to equip people for work.

But it does go way beyond such a concern. Not only can skills-training be part of a wider educational system, but those who are drawn into intellectual pursuits will find there is a spin off when they approach the world of employment. For intelligent people are well equipped to learn new and passing skills in what is a highly technological and changing age.

Finally : Democratic Socialist Education will only fulfil its potential if it recognises that nothing can ever be known with absolute certainty outside of claims of an analytic or tautological nature.

Whether people involve themselves in investigations in the areas of the arts, social studies or the sciences, they need to be aware that the person who only knows their own side of the case, knows little of that. We need to understand counter-ideas and to engage with them intellectually. The sciences are the area which are normally perceived as being able to supply us with the greatest reliability. Yet some of the scientific certainties that seemed to have been discovered by Newton were later replaced by the ideas of Einstein. And now some of Einstein's established ideas are being challenged by serious scientists. The reason that doubt is healthy in both education and life is that if we ever drop the question “why?” from our investigations we become intellectually inert.

Posted by Harry Barnes at 2:00 PM No comments:

The Commons Select Committee on Political and Constitutional Reform has just published this important report on individual voter registration. It is summerized here by the BBC as well as on the Parliamentary web-site.

My own assessment of wider electoral registration problems can be found here.
Posted by Harry Barnes at 9:48 AM No comments: