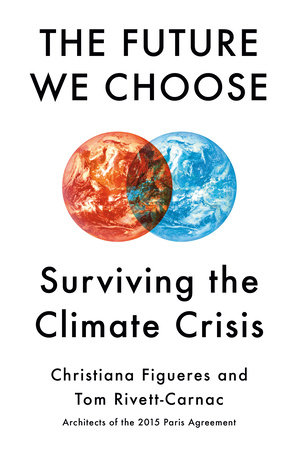 An important work entitled “The Future We Choose - surviving the climate crisis" has recently been published by Manilla Press. It is written by Christiana Figueres the former UN Executive Secretary for Climate Change and Tom Rivett-Carnac who was senior political strategist for the Paris Agreement.
Unfortunately, the style of writing (especially for the first half of the book) is somewhat convoluted and might be off-putting for many. But it is a work which needs to be persevered with, for it provides solid proposals on the type of avenues we need to pursue to guarantee the future of humanity.

As a taster, I give below very brief summaries of ten forms of action it presses that need to be widely pursued to protect the future of mankind. These are covered in separate sections in the second half of the book.
Posted by Harry Barnes at 5:51 PM No comments: 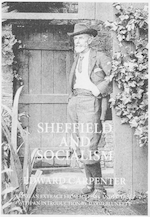 This photo of the socialist writer, speaker and activist Edward Carpenter was taken at his home in Millthorpe in Derbyshire where he lived between 1883 and 1922.  Millthorpe being only three miles south west of where I live in Dronfield. It is currently covered by our Dronfield and District Branch of the Labour Party. So we can be proud to have Edward Carpenter as part of our socialist heritage..

A pamphlet entitled "Sheffield and Socialism" has recently been published by Principle 5 : Yorkshire Co-operative Resources Centre, Aizlewoods Mill, Nursery Street, Sheffield S3 8GG which provides  an extact from Edward Carpenter's important work "My Days and Dreams" which was first published in 1916 when he was at Millthorpe. The pamphlet can be obtained at a cost £2 from Principle 5. Tel: 0114 282 3132.

For people in the Sheffield and North Derbyshire area the pamphlet is a valuable feed into the work of Edward Carpenter. For it was very much his move to our area which arose from his developing commitment to socialist values. Initially he had become a curate in the Church of England, but he left the Church when he was 30 and moved to Leeds to engage in University Extension work, seeking to draw people from deprived areas into higher educational avenues. But when he discovered that too few people were being drawn into studies from such backgrounds, he moved into more grassroots forms of activity in our area. First, he had a year in Chesterfield, but soon moved to Sheffield where he built solid links with working class people who were pressing for social improvements.

With his inheritence on the death of his father, he purchased property and market gardening facilities at Millthorpe in 1883. It was his home base for the best part of the next four decades. And as you will see from the above photo he also developed a commitment to the making of sandals.

Although he involved himself in international travels and drew from the values and ideas of intellectuals such as Walt Whitman, he mixed considerably and regularly with working class activists. He was an advocate of rights of women and of homosexuals in an era when such views were very unpopular. On top of which Yeats, EM Foster, GB Shaw and HG Wells all visited him at Millthorpe. And he addressed 3,000 railway workers at Sheffield Corn Exchange along with Ramsay MacDonald in 1907.

If the publication "Sheffield and Socialism" appeals to those who read it, then the book "Edward Carpenter : A Life of Liberty and Love" by Sheila Rowbotham (Verso - first published in 2008) is likely to be absorbing. The index gives no less than 97 page references to Millthorpe and 71 to Sheffield.

Carpenter also had at least 36 main works published. The best known being "Towards Democracy". My copy is over 400 pages long and much of it is a poetic style in its presentation. But whether its   approach is likely to appeal to readers will be indicated by the taster of his work as shown in "Sheffield and Socialism". Why not try it out ?

In Dronfield - on the right hand of the three people shown at the front of this photo is Edward Carpenter in the area of Sheffield Road. (Hat tip "Dronfield Through Time").

There is also this -  click here
Posted by Harry Barnes at 6:45 PM No comments:


As then Secretary of the Peterlee and District Fabian Society it is 60 years ago today since a Day School which I had organised was held at the Easington Colliery Secondary Modern School - where I was then a 23 year old school governor.

The topic was on the issue of the re-nationalisation of the Steel Industry, although the meeting was held in a solid coal mining area. 63 people attended with the Women's Section of the Easington Colliery Labour Party serving food and drinks during the break. I was also the Secretary of the Easington Colliery Labour Party at the time and activists from the Women's Section used to form half of our Branches normal attendance of 30 or so.

The speakers I arranged to address the meeting were (1) Ronald Parker the Vice Chair and Political Education Officer of the Cleveland Divisional Labour Party who had sound knowledge about the Steel Industry and (2) Manny Shinwell our local MP who when Minister of Fuel and Power in 1947 (when I was a 10 year old) had nationalised the Coal Industry.

I am having technical difficulties at the moment, but I am attempting to link into a connection which will show a 60 year old item from the Northern Echo which shows a photo of five of us at the event. These are the two speakers and three of our branch officials - Bill Horsfield our Treasurer, John Alderson our Chair and myself. John had taught my wife English at school, although it would be a further three years before I met her. I will adjust this paragraph if and when I resolve my technical problems. (It is page 89 of the Journal shown here - which is page 91 according to the numbering of the site : http://nelh.net/wp-content/uploads/2018/11/North-East-History-Issue-48.pdf   )


Manny Shinwell had a big influence on my life. I had gained a clear interest in politics from my experiences of the harsh nature of life for many Iraqi people when I undertook my National Service at Basra in 1955-56. Then I was demobbed in the middle of Suez Crisis and the Russian Invasion of Hungary - a dramatic political era. But as I was not impressed by Gaitskell's leadership of the Labour Party I held on a year before deciding to apply for Labour Party membership. In the meantime, I went to a variety of left-wing political discussion meetings and wrote regular political letters to the Northern Echo, the Sunderland Echo and the Durham Cronicle. I became an associate member of the national Fabian Society (attending their discussion meetings in Durham) and a member of the International Society of Socialist Studies established on an initiative by GDH Cole, whom I heard address them at a meeting in London.

Then Shinwell ran an essay contest for Labour Party members in the Easington Constituency on nationalisation. So I joined them in order to enter. The first meeting I went to was to collect my prize of £3 for coming in second in the contest (my essay being numbered 16). The first prize went to John Alderson who appears on the photo I refer to. It was a packed constituency meeting held at nearbye Blackhall with Shinwell presenting the prizes.

Within a few months of joining the Labour Party I became Secretary of the Easington Colliery Branch of the Labour Party, persuading them to have a speaker with a discussion at alternative monthly Branch Meetings. Then four of us competed for the role of Constituency Secretary and I was the runner up.

The Peterlee and District Fabian Society first meeting was held on 7th February 1958, just over two years before our Day School at Easington. It was addressed by Bill Rodgers the Fabian Society General Secretary, who later became one of the Gang of Four defecting from Labour to set up the Social Democratic Party. I discussed the event with him years later and was impressed by how well he remembered it.  Later speakers included Sam Watson the leader off the Durham Miners, Shinwell and Jack Dormond who was eventually to follow on from Shinwell as our local MP.

Then from October 1960 I obtained a place to study full-time at Ruskin College. Shinwell had written a reference to them on my behalf and pushed my cause. I had earlier been selected to attend the 1960 Labour Party Conference, but backed off as it clashed with the start of my studies and I was substituted. Yet I had moved and carried a ban-the-bomb resolution at our Constiteuncy Party. A stance (amongst many others) which led to Gaitskell making his famious "fight, fight and fight again" speech in the other direction.

Where I now live in Dronfield (although living at Sheffield at the time) I became a member of the Contact Club when it moved to it present and purpose-built facilities. As a Trades and Labour Club it was officially opened on its new site by Shinwell himself on 12 August 1967. Unfortuneately, I missed what was a key event for me because I was away teaching at an Adult Education Summer School at Colegh Harlech at the time. It would have been ideal if the events had not clashed.

I hold five books written by Shinwell. Two contain his signature and another was his gift with a label as a presentation copy. Then I have two other books written about him.

Shinwell was first elected to serve what was then the Seaham Constituency with the count taking place at the Easington Colliery Infant School in 1935 - the year before my birth. He defeated Ramsay MacDonald who had been the local MP and Prime Minister, but who had defected from the Labour Party. The 1935 count took place at the Easington Colliery Infant School. But there were separate Infants Schools close to each other for boys and girls. So I am not sure if it is the one I later attended.

29 April ; I have just discovered this about Shinwell at Easington. Both the video and the script describing its content are for me exceptional. See here.

Posted by Harry Barnes at 9:52 AM No comments: