From "Dronfield Blather" on Labour's Conference 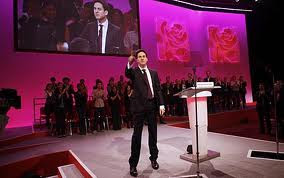 The BBC has published this agenda for the Labour Party Conference.

The three consultations which we have been trying to track on Dronfield Blather will be dealt with under the following brisk timetable.

14.00 Sunday 25th September - Conferences Opens. Then after the normal wide range of introductory sessions, Lim Bryne will give a Report about the Policy Review - this was our submission. Then as the final item of the day Peter Hain will Report on the two other Consultations on which decisions are likely to be made (1) The National Policy Forum Report and (2) Refounding Labour - this thread trawls back on these (logically you need to start at the end and work your way back to the top.) There will probably later be a single card vote to push these two through. That is virtually it comrades. Then at 16.15 on Monday 26th, Tuesday 27th and Wednesday 28th; there will be a set of brief Policy Seminars. The final one ends at 17.00, but we are not told how long the others last. These will probably relate to the areas covered in Lim Bryne's Sunday Report.

With three days notice for blog watcher's, this seems to be what will be put to the coming Labour Party Conference. But you don't have to agree with it - or with the process under which it has been pursued.
Posted by Harry Barnes at 9:56 AM No comments:

This is Ann Black's take on the current consultative mess in the Labour Party.
Posted by Harry Barnes at 3:22 PM 2 comments:

There is only one Peter Kenyon

As you know, final recommendations arising from the Refounding Labour consultation will be going to the NEC next Tuesday, ahead of consideration by the Annual Conference in Liverpool.

Peter Hain promised to keep you up to date with developments and wanted me to provide you with a summary of the some of the recommendations agreed by the recent Organisation Committee, and which will be discussed by the NEC next Tuesday.

The Committee is acutely aware that delegates will be receiving the final recommendations for consideration quite close to Conference, and was therefore keen for these initial conclusions to be communicated now.

The Committee agreed in principle that rules changes will be proposed in the following areas:

A bigger voice for councillors

Full details of the actual textual rule book changes arising from these points will be sent to you as soon as the NEC has agreed the final recommendations to be put to Conference. The above recommendations do not represent the full extent of the changes likely to be proposed from Refounding Labour, and further issues are currently under consideration.

In addition, a number of reforms that do not require rule changes, such as new and improved technology for communication across the party, will also be proposed as part of the overall Refounding Labour package, and we will endeavour to ensure that you receive details of the final recommendations as soon as possible.

I hope this information is helpful and I will be in touch with further updates in due course. 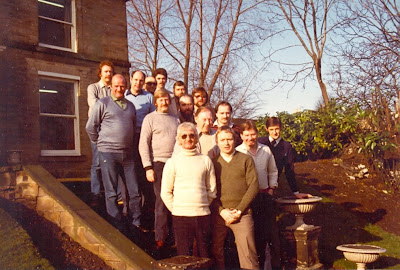 The photograph was taken in 1983 and it shows a class from a Sheffield University Course for Derbyshire Miners' which was held at the Workers" Educational Association, Hurst House, Abercrombie Street, Chesterfield. Over three year's the students obtained 120 days paid release from work to study industrial relations, economics and politics. (See the final item below).

A tribute to the Mining Industry and those who fought to defend it by Darren Coffield at Hurst House, Abercrombie Street, Chesterfield

For examples of Coffield's work see - here and here.

Three Week's To Save The Labour Party - From Zero Democracy 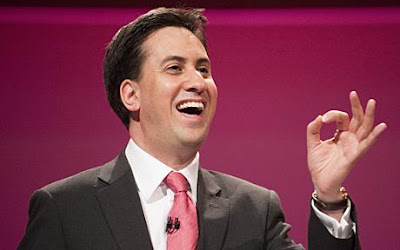 It seems that the blame for Labour's heavy electoral defeat has at last been determined. It was not the fault of New Labour nor of its leadership - nor even of the economic collapse. The fault rested clearly on the persistent failures of the activists amongst its membership. After all they attended closed local meetings. They told delegates to Constituency Meetings what to do. They organised all that unsuccessful local electoral activity. And they went out on the doorstep and frightened the public.

As it is impossible to get those who attend Labour Party Branch Meetings to mend their ways, it would clearly be counter-productive to ask them to agree with the reforms which are necessary to transform the current state of affairs. So instead, the necessary changes will only be unveiled within the next three weeks and just prior to the coming Labour Party Conference. This gives a chance for the Party Structure to be transformed in one fell swoop on a take-it-or-leave it basis. For as a Labour Party spokesperson said to the Guardian "We want to give more influence to party members" but only "if they open up". This is to be done (a) by training and drafting in some three or four constituency organisers to each Constituency Labour Party, (b) under the guidance of the body "Movement for Change" (which most of these non with-it, individual Labour Party card carrying members aren't even aware exists), (c) opening up Branch meetings to non-members and (d) getting all Labour Candidates to sign bits of paper to say that they will be good boys and girls if they get elected.

There is only one danger about this reform package not winning the day. The Guardian has revealed what is happening to all those Guardian reading geeks who go to Labour Party Branch Meetings. They have suddenly been alerted to the fact that they now have three weeks to mobilise to stop such changes. And what is left of inner-party democracy within the Labour Party could now turn very nasty - I hope.
Posted by Harry Barnes at 6:04 PM No comments:

In a ten minute talk on Radio 4, John Gray made an important contribution about Marx's analysis and its relevance to the contemporary nature of capitalism. The full script of the talk is available here , where for the time being a link can also be found to the iPod version of the talk itself. It is not to be missed.

Posted by Harry Barnes at 11:03 AM No comments: 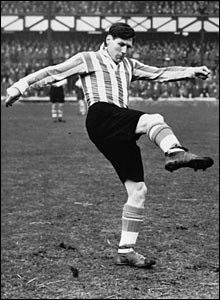 Here are links to snippets from six football matches involving Sunderland in 1955-6, during the days of the great Len Shackleton. I missed them all, due to the fact that I was undertaking my National Service in Iraq. But now after 55 years I get to see them, including the famous 6th Round FA Cup tie between Newcastle and Sunderland. Everything comes to he who waits. As Len Shackleton said "I'm not biased when it comes to Newcastle, I'm not bothered who beats them!" - especially when it is Sunderland. Here you can hear him being interviewed.

Posted by Harry Barnes at 2:58 PM No comments: