The Way Ahead For Labour 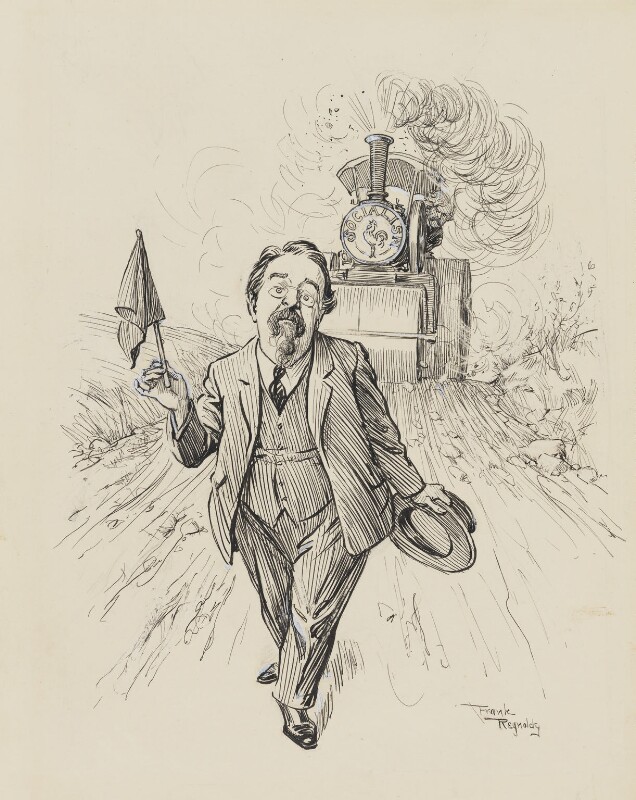 As a consequence of Labour's collapse at the General Election and the move towards  electing a fresh leader, a serious yet comradely debate is needed within the Labour Movement on what our future direction of travel should be - and who can best lead this. Even if this is unlikely to happen, some of us should try to push for it.

The Manifesto that we should have been fighting the general election on should now form a major part of our discussions in relation to our direction of travel. For apart from the section on Brexit which arose from an unsatisfactory attempt to reconcile conflicts inside both the PLP and the wider movement, it is a very important document. Although as a Manifesto it should really have honed-in on what could feasibly have been delivered within the lifetime of the new parliament. Yet it was so fully directed at overcoming the major strengths of the controls of capitalism, that many of its proposals would have been undermined by such very powers within the operations of a mere five year period.
Sidney Webb in shaping Labour's old Clause 4 and planning earlier socialist programmes from near the end of the first world war, was so fully aware of the powers of capitalism that he stressed the need for care and gradualism. He was even depicted as walking slowly in front of a socialist steamroller holding a red flag. For when any specific expliotive power of capital is tackled, it is itself likely to turn to fresh devices that will then further need to be dealt with - and that slows up the process. We can't just wish away the powers of Capital. It requires steamroller type persistence and gradually mastering anti-social activities.
Labour's recent Manifesto should not be seen as something which could ever have been delivered in the life of a single parliament, but as a general direction of travel. The Manifesto did, however, start out on a key item which needs to be a top priority (before we run out of time) - the need to tackle climate change via what it called a "Green Industrial Revolution." On this, the Manifesto covered the key areas of the economy and energy, transport, environment and animal welfare. It is a pity that its proposals were not given wider publicity - even by the Party itself. There was even a case for the Green Party pulling out of many parliamentary contests and joining in the support of Labour Candidates on this key matter.
The other key sections of the Manifesto were on the need to "Rebuild Our Social Services", how to "Tackle Poverty and Inequality" and the need for "A New Internationalism". But as this was a Manifesto for a General Election in which we were seeking to become a Government for the next five years, it was not something we could democratically have fully hoped to deliver in that period. Yet there were few references in the Manifesto to time restraints. Apart from a time qualification which was made in saying that ''Labour will deliver free full-fibre broadband by 2030" and not by the likely next election in 2025.

There were, however times, when the Manifesto went over the top in its claims. Such as - "We will adopt an ambitious Vision Zero approach to UK road safety, striving for zero deaths and serious injuries". Well that is not going to happen as long as we have road transport - although actions could significantly reduce such killings and injuries.
Then the section sub-headed "Ministry for Employment Rights" contains the need for no less than 30 key items. It is difficult to see these getting onto the statute books within a five year period - unless we adopt a Militant-style Enabling Act. Which is more a revolutionary socialist technique than a democratic socialist approach.
Yet the direction of travel in the Manifesto (except over the matter of Brexit which is now mainly outside of Labour's control) is something which we fully need to press for. Which candidate for the Labour leadership will now see that this is the type of approach (given a sensitive form of gradualism) that needs to be retained as a basis for its agenda?

Posted by Harry Barnes at 11:13 PM No comments:


The Web-site of Independent Labour Publications is running a really important pro-Labour article in relation to the current General Election.

The writer Barry Winter covers Labour's proposals to tackle a range of massively important social problems. These include - (1) Poverty and Low Pay. (2) 200,000 children living in absolute poverty. (3) School and Youth Services being pushed past breaking points. (4) Wide areas where those over 65 are also seriously hit. (5) Many private tenants being trapped in squalid slum houses. (6) An NHS with serious staff shortages. (7) 25,000 annual deaths linked to the effects of pollution.

The article is a must for democratic socialists and also needs to be more widely absorbed. It can be found if you link here.
Posted by Harry Barnes at 11:59 AM No comments: