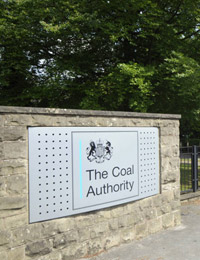 Areas where coal was extracted or where coal reserves still remain, are likely to be linked to the existence of shale gas. They are, therefore, prime avenues of interest for firms such as INEOS who are interested in obtaining horizontal underground fracking rights to engage in seismic action to release and obtain shale gas.

The Coal Authority has undertaken considerable work to discover where coal either still remains in the ground or has historically (up to centuries ago) been extracted. It provides details of its findings on both an Interactive Map and also on a set of almost 200 surveys covering Local Planning Authority Areas.

These sources will shock many people who will be able to find just how close they live, work, shop and play near such potential underground fracking territory. For many places where coal was extracted (or left in the ground) in the past have long since been built upon. These areas should not now be disturbed by the impact of underground fracking.

To check your own area, turn to the following two avenues.

1. The Coal Authority Interactive Map found via this link.  You will need to manoeuvre when onto their map to find the area which interests you. You can then link into some highly informative material which is shown on a chart in the top right hand corner of the map. I found it helpful to click onto the first category marked "Mine Entry".  This shows former mine entries and exits via red crosses - which can be clicked onto to seek more details. Then there will be adits shown by brown crosses. This is where coal had been dug out of hillsides or was used from drainage or other pit purposes.

Whilst leaving these crosses in place, it is then helpful to link into a category entirtled "Development High Risk Area". These are shown with small black crosses. Sometimes they cover a wide area of territory, but where there are rashes of red and brown crosses then often only single or very limited numbers of these black crosses normally appear - and can easily be missed. But these are still areas of very high risk.

After checking these above two avenues there are many other informative links to turn to - and you can also click onto a fresh list of categories. To aviod clutter, some of the earlier categories you were examining may then need to be deleted.


2. Next a separate Coal Authority avenue can be turned to which deals with "Development High Risk Areas". There are almost 200 of these appearing via this link and in alphabetic order. In my case I turned to the "North East Derbyshire area".  Three maps can then be opened within your chosen area. The first of these maps is particularly important as it shows the Development Risks across the whole of your chosen local government area. Although in my case, it will be the higher local government authority of the Derbyshire County Council that an appeal will need to be submitted to against INEOS applications for fracking rights.

The above forms of evidence provided by the Coal Authority are substantial when we finally need to submit appeals. They also need to be drawn upon by anyone making the public case against fracking.

We need to use these Government Sources to undermine the Government's own commitment to fracking.
Posted by Harry Barnes at 10:11 PM No comments:

Posted by Harry Barnes at 3:49 PM No comments:

The Two Worlds of George Osborne

So far this year, George Osborne has only managed to make verbal contributions on the floor of the Commons or during Westminster Hall Debates on a total of three occasions.

The two items in the Commons were on the Industrial Strategy Consultation on 23 January and during the European Union (Notification of Withdrawal Bill) on 3 February. Then on 7 March he contributed to the O'Neill Review in Westminster Hall.

Now that he has become a newspaper editor will he even manage to keep up monthly contributions ?

To keep an eye on what he manages to do under various Parliamentary Procedures pay an occasional visit to this link.

It is clear that MPs can not serve the parliamentary interests of their constituents or society in general if they have extra employment and outside paid interests. Perhaps Osborne could seek to produce a Private Members Bill of his own on such lines, before deciding on whether he should retire from either the Commons or from his editorial role - and from other paid work.
Posted by Harry Barnes at 6:22 PM No comments: