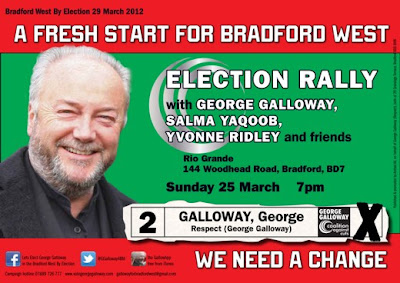 Bradford tells us much about the journey of the Labour Party, from Keir Hardie and the formation of the Independent Labour Party in 1893 up to George Galloway today.
Posted by Harry Barnes at 11:48 AM No comments:

The Government have now lost a record eleven votes on the Legal Aid Bill. The House of Lords have voted to protect disabled people, children, and domestic violence victims from the worst of the legal aid cuts. It's vital that the Government does not overrule these changes. To help, see here.
Posted by Harry Barnes at 5:14 PM No comments:

It is clear that the Government has acted to create a run on petrol, in an attempt to line up public opinion against UNITE. It is also a ploy to get people to stock-up on petrol, so that UNITE's position will be weakened if eventually a strike should emerge. It is all a move to weaken the Union's negotiating position. It is classical Thatcherism.

UPDATE : The following from Charles Moore in the Daily Telegraph on 30 March, confirms my above claim - "now that I have heard the Conservatives’ private explanation, which is being handed down to constituency associations by MPs, I begin to feel angry. The private message is as follows. 'This is our Thatcher moment. In order to defeat the coming miners’ strike, she stockpiled coal. When the strike came, she weathered it, and the Labour Party, tarred by the strike, was humiliated. In order to defeat the coming fuel drivers’ strike, we want supplies of petrol stockpiled. Then, if the strike comes, we will weather it, and Labour, in hock to the Unite union, will be blamed' ”.
Posted by Harry Barnes at 8:46 PM No comments:

Worth 45 Minutes Of Your Time 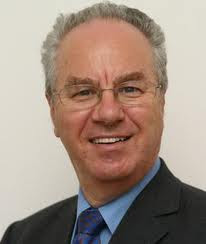 This talk by Peter Kellner is worth 45 Minutes of your time, even though you might not agree with the last bit.
Posted by Harry Barnes at 4:58 PM No comments:

Easington Colliery During The 1984-5 Strike 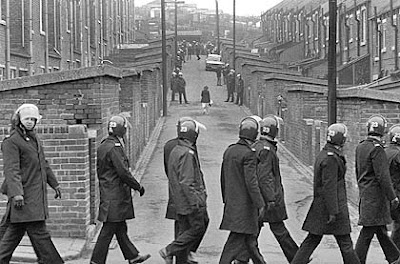 See this exhibition at the National Coal Museum, Wakefield.
Posted by Harry Barnes at 12:01 PM No comments: 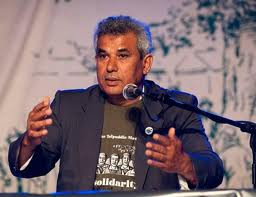 Abdullah Mushin has a long term involvement in seeking to establish independent trade unionism in Iraq. He is currently the foreign representative of the Iraqi Teacher's Union and is in daily contact with trade unions in Iraq. This article initially appeared on the web-site of Labour Friends of Iraq. He gives details of the current state of play in the struggle for widespread and independent trade unuonism in Iraq. His cause is in need of continuing support by trade unionists in this country.


Nine years after the end of Saddam’s regime, and more than two months since Iraq gained its full national sovereignty, the country is experiencing a state of political chaos at best and extreme disintegration at worst.

This has unfortunately allowed fascists such as Al Qaida and Saddam’s diehard loyalists to kill and maim many innocent Iraqi civilians in the last few weeks with suicide car bombs and the assassination of a former leader of the Iraqi Teachers' Union.
Democrats hoped that the end of Saddam’s authoritarian regime in April 2003 would be a new dawn for Iraq’s once mighty democratic trade union movement to rebuild itself in a democratic and independent fashion from the ashes of wars and dictatorship.
However, Iraq's new political elites are unconcerned about the plight of Iraqis who are living without proper social services and with great insecurity.
Instead, these elites are fighting each other for bigger shares of political power and control of Iraq’s natural resources.
Saddam’s unions disappeared in 2003 but left a bad cultural legacy in the minds of Iraqi workers who see unions as no more than instruments of violence in the hands of the state.
The Iraqi Federation of Trade Unions (IFTU) was openly and democratically created in May 2003 to replace Saddam’s defunct labour fronts.
It aimed to be a workers voice that champions and defends rights to social justice, jobs, fair pay and working conditions. It aimed to arrest and then eliminate Saddam’s cultural legacy.
However, the occupation authorities, from day one, opposed the IFTU by deliberately keeping Saddam’s anti union laws in place and by putting hurdles in its way.
Successive Iraqi governments have endorsed and maintained this opposition towards nascent democratic unions. They have also repeatedly meddled in their internal affairs to control them and, if that failed, to hinder them vehemently.
The failure of democratic politicians (there are many in parliament and government) to make the necessary changes has helped lead to the near total collapse of law and order and Iraq being engulfed by sectarian strife which segregated Iraqi society along lines of ethnicity, religious and ideological and nationalistic affiliations.
This impacted heavily on workers' attitudes, for they were not immune and they also responded in extreme lines. This national political mess led to the creation of opposing unions along sectarian, religious and ideological and nationalistic lines.
The IFTU, itself a new and fragile structure, recognised immediately the danger but its hands were full with no legal rights to organize and no access to its monies and resources.
The IFTU was battling to build genuine independent and democratic unions, fighting to free its monies and to abolish Saddam’s anti-union diktats in favour of labour laws compliant with ILO standards.
And it struggled to build one united trade union movement that’s capable of halting the threat of sectarianism ever getting grip of Iraq’s nascent trade unions. The IFTU also campaigned to build unions capable of standing up for workers' and women's rights.
From late 2004 it initiated a quiet policy of contacting and speaking to all trade unions centres in Iraq including those in Iraqi Kurdistan. The purpose was simple: for the short term it was trying to find a common ground to work together on issue of common interests. In the long term it was trying to set the foundation for building a united , democratic and independent grassroots trade union structure that has no room for extremist ideas of any shape and form.
This quiet policy initially paid off and a unification meeting was set for September 2005 in Syria at the ICATU headquarters where I was one of four people who represented the IFTU.
The IFTU signed a merger statement with leaders of the General Federation of Trade Unions (GFTU), the old official federation and the General Federation of Iraqi Trade Unions (GFITU) which had split from the GFTU after the invasion of Iraq to form the General Federation of Iraqi Workers (GFIW).
The unity statement agreed that the GFIW should work to organize a national conference within three to six months to democratically elect a new leadership and adopt a new democratic internal constitution.
In 2008 two more Islamist federations joined the GFIW which now united five trade union centres. The IFTU's reasons for merger were genuine but unfortunately others had sinister motives. Some of these unions’ leaders who joined with the IFTU worked covertly with some dominant Islamist elements within the state to control the GFIW right from the beginning.
They wanted to divert the GFIW from its primary task of defending workers' rights and to make it a new instrument in the hands of some dominant parties.
Progressive Iraqi forces failed to make a legal and moral democratic stand in support of the Iraqi unions. Combined with extreme government pressure and interference by hardline forces this meant that the unions were finally over taken by the Iraqi state.
The state acted covertly in co-operation with their stooges in the GFIW leadership. The Ministry of Labour used state resources, including security forces, to secure total control of the GFIW at a meeting of its national general council on 18 January 2012. The GFIW website www.iraqitradeunions.org details these twists and turns.
My hope, as one who has spent much of my life in defending and building independent trade unionism, is that the GFIW can regain democratic ideals and values such as social justice, independence and above all serving workers rather than the interests of hardline political masters.
To be blunt, however, the struggle is now harder than before. Further sacrifices and hardship are needed as well as continuing support from the international labour movement. I have some hope that this can be done if the original spirit of the Arab Spring can be harnessed.
Hat tip : Labour Friends Of Iraq.
Posted by Harry Barnes at 5:46 PM No comments:

Via this link.
Posted by Harry Barnes at 9:18 AM No comments: