On Saturday, I addressed a session of a day school run by Independent Labour Publication (ILP) at the Leeds Beckett University. This was part of a series it is running entitled "Unbalanced Britain". It was followed by a lively discussion. What I had to say was basically drawn from the past 20 items which I have placed on this blog. These items go back to last November. The basis of my contribution at Leeds can be found here on the ILP web-site.

In the short time before the General Election, why not join in their debate?

This about the ILP -

The ILP was formed in 1893 as the Independent Labour Party, which became a co-founder of the Labour Party at the beginning of the 20th century. Today we remain committed to Labour's aim of creating 'a society for the many, not the few' and seek to engage with others in discussing how this vision can be turned into reality."

Here is the tradition - 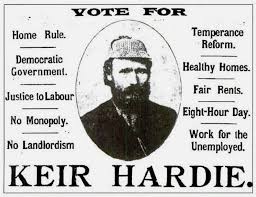 Posted by Harry Barnes at 8:54 PM No comments: