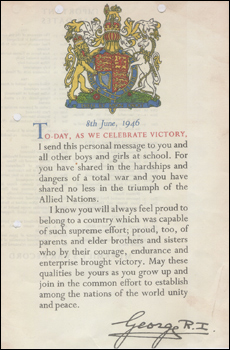 Posted by Harry Barnes at 2:53 PM No comments:

This item has been updated to cover Lee Rowley's first full parliamentary period from the June 2017 General Election until its final dissolution.
In the 2017-19 period Lee Rowley was the Conservative MP for North East Derbyshire.  I served as Labour MP for the same constituency from 1987 to 2005.

I give below my assessment of his parliamentary record with many of the details being drawn from Hansard. I initially cover the period from the 2017 General Election up to the proroguing of parliament on October 8th this year for a fresh Queen's Speech. It is only near the close that I cover the recent and short parliamentary session from 14th October up to 6th November. The main and opening material refers to the earlier and much longer period covering 29 months.

In parliament Rowley involved himself much more fully with activities in Westminster Hall than with those on the floor of the Commons. In fact he was seldom seen in his place in the Commons' Chamber.

Whilst Westminster Hall is an area which many MPs need to use on occasions it is much smaller than the Common's Chamber and is more thinly attended, having no facilities for a normal parliamentary division to take place. And also it sits for much shorter periods than does the Commons Chamber. So Lee Rowley sometimes used it to criticise his own Government over matters such as their traditional stance on fracking, but as there are no contested votes in Westminster Hall this will then have given him no real trouble from the Government Whips.

On the floor of the Commons in this period he made 17 speeches. Around a speech every two months. But these lasted for only an overall total of 89 minutes, yet this time also covers intervention from other MPs. So they have really averaged less than 5 minutes. He often left the Commons soon after he has made his contributions, so others didn't then respond to him in such circumstances. Back in March he carried the first reading of a 10 Minute Rule Bill to restrain fracking operations, but in the remaining seven months of the parliamentary session he did not then get the Commons' authorities to print the proposed Bill. Yet the authorities are helpful and skilled in providing the technical details of what any proposed Bill requires. With the proroguing of parliament for the recent Queen's Speech his former authority to have his Bill printed was then lost. He should have acted earlier to deliver on this matter.


His equivalent contributions in Westminster Hall (who meet for much shorter periods) was  24 speeches, lasting in his case twice as long as those in the Commons - at a total of 181 minutes (again allowing for interventions). And whilst in the Commons he has only ever once introduced an item (the one above under the 10 Minute Rule procedure), he obtained the right to introduce debates on several occasions in Westminster Hall. These added to his total number for such contributions, for they also led on to him having concluding contributions and he also intervened during numbers of these debates. Then an MP can barely disappear from a debate which they have introduced. Debates on a topic are normally much shorter in Westminster Hall than those in the Commons Chamber and are more normally thinly attended.

There is nothing wrong with making good use of Westminster Hall debates, but these should not be used as a substitute for also pressing matters on floor of the Commons.

He also submitted 94 Questions for written answer. That is roughly at the rate of one a week for when parliament was sitting. 31 of these related to fracking, 16 to rail or other forms of transport, 7 to health issues, 5 to drones and only 3 on Brexit.

He involved himself with the work of certain All Party Groups. Chairing the groups on the Impact of Shale Gas and on Alternative Lending (which seeks to ensure private market development.) He was also Vice Chair of the Group on Artificial Intelligence and a member of the group on Data Analytics.

He was and still is Co-Chair of an outside group of free-market freaks called FREER and has written articles for the House of Commons Magazine and newspapers on their behalf, expressing strong free market ideas. FREER are a body which propounds free enterprise principles such as those pursued by INEOS and other fracking companies. This clashes with his anti-fracking stance, which he clearly pursues merely for local electoral purposes. See here and then here with its claim that “we need to make the moral case for capitalism”.

Then there is a helpful parliamentary avenue he refused to use – Early Day Motions. These are published by the Commons and are normally used by back-bench MPs only. Technically they seek a Commons debate on their proposals. Although very few achieve this objective, unless other avenues are then also pursued. But they can be used to publicise a proposal and give the MP who submits an EDM the opportunity to see which fellow MPs then add their signatures to their proposal. This can be very helpful in building up support on a issue – even cross-party support. In just over a week of the opening of parliament after I was first elected in 1987 I submitted an EDM (supported by Jeremy Corbyn) aimed at getting the relevant Conservative Government Minister to agree to meet a deputation to seek Government assistance to deal with the consequences of a local underground fire in Dronfield. I then pursued other parliamentary avenues on the matter and the meeting was later granted. It was just a start down this track.

However, Lee Rowley breached his principle of not signing EDMs on a single occasion during the parliamentary period under review. Being amongst 82 Conservative and DUP MPs adding their names to an EDM from Bill Cash, entitled "Exciting the European Union". So we can now ask him, "why that one and not any others ?"

Excluding my own first two years as an MP for which I can't find relevant records, the Commons shows that over my next 16 years as an MP I submitted a total of 503 EDMs, seconded 31 and signed another 12,010. Yet Lee Rowley until near the end of his first parliament he had not submitted, supported nor amended a single EDM. He claims that they cost too much to publish and are just a pretense at doing something. Yet they can be used especially at the start of a parliamentary (or wider) campaign, with MP's then finding further opportunities to refer to their contents in relevant Commons' debates. They also let people know where an MP stands on a wide range of issues. Lee Rowley's refusal to make use of this established parliamentary avenue except once in his first parliament (along with his few appearances on the floor of the Commons) is just  a failure to pursue aspects of his parliamentary responsibilities.

On his facebook site Lee Rowley recently said "We’ve got to stop this; people are tired of MPs messing around and want Brexit sorted. I’ll keep trying to ensure that happens." Yet why did he not press his views about what should happen (and how) to the Commons during its recall and prior to the last election? The past Speaker provided ample (and even excessive) opportunities for MPs to do this. Yet there is no record in Hansard of Rowley making a single such contribution. And when I looked at the TV coverage at various key periods he was nowhere to be seen.

Then his parliamentary record in the recent short parliamentary session from 14 October to 6th November was very strange. He was selected by the Government to move support for the Queens Speech which set out proposals for what could have been a long parliamentary session if the coming General Election had not got in the way. This shows that dispite his past conflict with Boris Johnson when a Westminster Councillor (see the details later), he has now moved closer to the Prime Minister's general stance. Yet in an 11 minute parliamentary contribution (when theoretically supporting the Queen's Speech) he said little or nothing about the Speech and its contents nor just why it should be supported. This is a very stange form of support for what is really a Prime Minister's speech read out by the Monarch. You can check my claims for yourself by reading his strange ideas which theoretically are in support of the Queen's Speech - click here.

Then although parliament then sat for another 14 days before the General Election, Lee Rowley only managed then to ask a single parliamentary question.

Just who is Lee Rowley ?
He is aged 39. Although born in Chesterfield near NE Derbyshire, he later spent time outside our North Derbyshire area. First studying at Oxford and Manchester Universities, then holding various positions with Barclays, a multi-national professional services network called KPMG and Santander. From 2006 to 2014 he served on the Westminster City Council (living in that area). He became their Cabinet Member for Parking and sort to introduce certain parking charges, but this was opposed by environmental and disability campaigners and he faced calls to resign. His stance was even criticised by Boris Johnson when Mayor of London and it was then blocked by the High Court. In 2010 he stood unsuccessfully for parliament in the Bolsover Constituency.

In the Commons he served on the Statutory Instruments Select Committee from October 2017 to April 2018. They check Government measures which are pursued under authority granted to them by Acts of Parliament. He then became a member of the Public Accounts Committee in February 2018 and then soon resigned from his position with the Statutory Instruments Committee. The Public Accounts Committee examines the value for money of public expenditure. He prefers to press for restraining public rather than exploitative private powers.

He records his parliamentary interests as being energy, housing, planning, financial services, transport and artificial intelligence. We need to appreciate that this is all in the context of his overriding commitment to the unrestrained powers of free-market capitalism.

There is also a coverage of his parliamentary voting record - click here. It shows that he voted 427 out of 463 divisions, voting in line with the Conservative whip 415 times and rebelling 12 times. Each rebellion was in opposition to the deal which the Conservatives  had then struck for leaving the EU and for nothing else. He was then for leaving with "no deal". But when the deal was slighly adjusted under Boris Johnson, he moved to supporting it. He missed votes (or abstained) 36 times.

Added 6 March 2020. From July 2019 until the December 2019 General Election, Lee Rowley served as one of the two Private Parliamentary Secretaries (PPS) at the Treasury, which meant that he was then obliged to follow the Conservative Government's whip. After the 2019 General Election he was re-appointed as a PPS, but I am still searching to find whether his post is still the Treasury one.   Added 17 April 2020 - I have finally discovered via the Cabinet Office that he is now no longer a PPS.