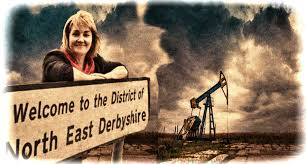 At last the Government has published the postal address and the e-mail address for us to contact Natascha Engel in her official capacity as their Shale Gas Commissioner. Happy hunting. Click here.

And just look at what Natascha is supposed to do for us. Click here. She is going to be ever so busy !

For the avenue to access key parliamentary papers on Brexit link to here.

2 December. Labour are now threatening a parliamentary vote of confidence in the Government. If they then win the day, this could quickly lead on to a General Election. Such an election would be dominated by the Brexit issue. If they take office, Labour is for trying to reach a new deal with the EU which will place us even closer to them than under May's deal. If this fails to be achieved by a Labour Government then a fresh referendum will be on the cards. However popular this stance may be with the electorate in general (or not), it will be massively unpopular in many working class areas where Labour have traditionally drawn the basis of their support. Nor will it help in such areas that the vote could take place in the middle of winter. There would probably even be far larger abstentions than recently from these areas. How will a Labour Government then act to communicate with such people in ways which  overcome the many problems they face ? For the interests of other dominant Labour voters will be able to be pressed more effectively.  Then for electoral purposes Labour will increasingly come to ditch (and not seek to engage with) traditional labouring people. Who would have thought this of Corbynism ?
Posted by Harry Barnes at 12:04 PM No comments:

Although I did not want a referendum and voted to remain when it was forced upon us, I accept that I lost out on both counts.

Whilst I see a fully-fledged Brexit as being a disaster, I do not support the idea of having a fresh referendum on the issue. To do so would be to fly in the face of the decision which was backed especially by many of those who at one time were often solid working class Labour supporters and are now some of the most deprived and excluded members of our society.

So Labour should have moved to a position where it pressed for the best deal we could feasibly look for. Using avenues to pressurize the Government and to push the E.U. negotiators. One avenue to have sort in order to mobilize support would have been via our membership of the Party of European Socialists.

Instead Labour very late in the day and never previously having fully covered such combined areas, finally adopted its six tests. Five of these (depending on how they are interpreted) seem to me to be feasible although they emerged far too late. These seek (1) "a strong and collaborative relationship with the EU", (2) "the fair management of migration", (3) to "defend rights and protections and prevent a race to the bottom", (4) to "protect national security and our capacity to tackle cross-border crime" and (5) to "deliver for all regions and nations of the UK". The area of greatest concern in the final category seeming to me to be Northern Ireland.

But there is also a further item which seems to me to be an impossibility. Namely to "deliver the 'exact same benefits' we currently have as members of the Single Market and Customs Union". First of all, the EU negotiators are never going to agree with this. Then if somehow they did, it would virtually mean that we would be placed in an impossible position. We would retain the key elements of our current membership of the E.U. without having any internal say over these matters in the future. That seems to me to be a democratic non-sense - even if the EU isn't all that democratic a body. (Some of us have a long record of pressing for its democratic and social improvement).

As the above item will not (and should not) be granted in full, Labour is then likely to call for a fresh referendum. I am totally against such an idea. We should not have a second referendum just because some people did not like the result of the first one. Not at least until we enter a new era, when the question might then be whether we reapply for EU membership.

The problem we currently face is that although only a slightly tweaked version of Teresa May's proposals can ever be put to parliament within the current time-scale, they are (with inadequacies) the best we can expect. Labour should adopt an official parliamentary position of either giving them critical support or calling for abstentions. Come what may, some Labour MPs will disobey any whips recommendations.  But the Party's official stance is important.

Whatever suicide moves take place on the Conservative, SNP and DUP benches, Labour should not officially participate in the same game. Then perhaps some Labour common sense might have an impact on the final outcome.

21 November : This is a proposal that is worth pursuing - click here.