A Merry Xmas and a Happy New Year 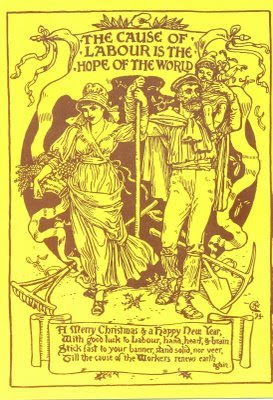 It is the same card as last year, but it is more appropriate than ever.
Posted by Harry Barnes at 10:01 AM 4 comments: 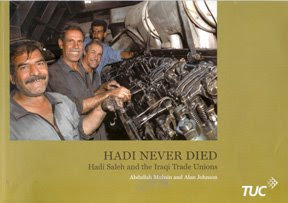 Iraqi Kurdistan has an active and influential Trade Union movement. Here is a valuable contribution on the role played by women in their Trade Union structure.

I visited Iraqi Kurdistan with Labour Friends of Iraq and fellow Trade Unionists in April 2006 and on the anniversary of the visit a year later I came up with the following lessons. Which I have taken from here -

Sue Rodgers the Chair of the TUC's Iraq Solidarity Committee was part of our delegation. The TUC provides a clear avenue through which people can help - numbers of these developed out of our visit. Specific Trade Unions such as UNISON have their own linked programmes of assistance.

First, Saddam Hussein's decree 150 is still operative in banning the operation of Trade Unions in the major public sector. Secondly, there is a post Saddam Hussein decree 8750 which sequests Trade Union Funds until such time as the State decide who it will recognise as registered Trade Unions. Neither of these decrees are, however, operative in Iraqi Kurdistan.

Activists in the wider Trade Union and Labour Movement in the UK should not turn a blind eye to this when determining which actors to support and criticise within Iraq.

(4) Whilst Iraqi Kurdistan is not free from its own strains and stresses, it is important in its own right as an area of growth, development and democratisation. It is also important as an example and as a link to the rest of Iraq.

The Kurdistan Workers' Federation, their Teachers' Union and the professional Trade Unions we met have important links with their equivalents in the Arab areas of Iraq, as well as internationally.

(5) The economic development of Iraq is a key to its future.

In Iraqi Kurdistan there is a wide acceptance of the need for inward investment (even by their Communist Party) and for the democratisation of their form of command economy. They don't, however, wish to be taken over by a form of turbo capitalism and look for formulas in which public controls can direct private involvement. This is relevant to the development of the rest of Iraq. Democratic socialists throughout the world can fruitfully apply their minds to the development of such a project.

In addition to the pressures of Coalition Forces and their Governments, we need to be aware of the complex range of interests coming from neighbouring Middle East Governments and internal groupings in their countries. These impact on legitimate and illegitimate trade, provide military problems and create diplomatic and religious/political pressures - including the impact of imported forms of terrorism.

(7) The complex nature of an often fractured Iraq is to a large extent a consequence of economic collapse over a period of more than three decades.

The Iraq-Iran war, the invasion of Kuwait, the Gulf War, smashed Shia and Kurdish uprisings, the hideous actions by Saddam Hussein in pursuing his shifting strategies, UN sanctions and the Coalitions invasion and subsequent insurgencies and mass acts of terrorism have had massive economic and social costs. Ethnic, tribal and religious divisions have been built upon in years of brutalisation under Saddam Hussein.

There are wide but battered elements in Iraq who have an alternative vision of peace, secularism, co-operation and democratisation. Their problem is that they have to operate in circumstances where many can not look far beyond than their daily needs of survival. Yet these people are part of a brave tradition within Iraq. They have shown their love for education, cultural development, urbanised communal values and solidarity. Helping to allow these elements of Iraq to come to the fore in association with those who bravely lead the struggle for such values (as did the late Najim Abd-Jasem) is the best task we can apply our minds to.

These lessons seem to me to have survived the test of time. Although the harassment from American forces (in 3 above)was essentially confined to the earlier period 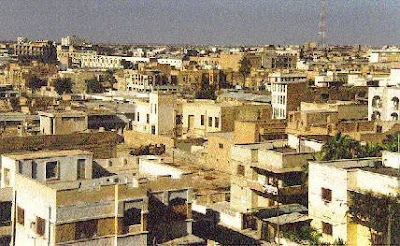 Having spent most of my National Service at Basra in Iraq back in 1955 and 1956, I am particularly pleased to see that it has now started to overcome some of its recent problems. In today's Daily Telegraph, Thomas Harding states that -

Basra was among the most liberated, secular and artistic cities in the Arab world, and it seems that with (Jaish al Madhdi militia HB.) JAM's strict Islamic stranglehold gone, better times have arrived. Couples can walk the streets holding hands, women have replaced face veils with liberal coatings of make-up and shops openly sell curvaceous evening gowns. On Thursday evening, the start of the Muslim weekend, the streets and restaurants were filled with people keen to enjoy nights now free from bomb blasts and gunfire. Two floating restaurants have even taken station on Basra’s famous cornice, where couples and families happily wander to the fairground.
Posted by Harry Barnes at 5:07 PM 5 comments: 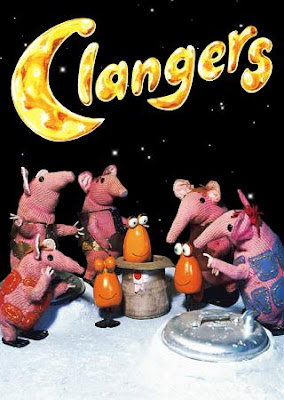 It is good to find such a close family resemblance in the arts of creativity and socialism. Perhaps it is why the Clangers have always been favourites of mine.
Posted by Harry Barnes at 8:59 PM 1 comment: 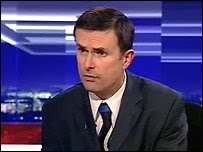 Here is a BBC News item of some 2,000 words by Robert Preston (see photo) in which he makes claims about what is likely to arise out of the current global economic collapse. He states that - "A New Capitalism is likely to emerge from the rubble. And although it's impossible to be precise about how the reconstructed economy will operate, parts of its outline are taking shape.....For many, the New Capitalism may well seem fairer and less alienating than the model of the past 30 years, in that the system's salvation may require it to be kinder, gentler, less divisive, less of a casino in which the winner takes all.....(however) the return to equilibrium, to a more balanced global economy, is happening in a horribly painful way that's impoverishing millions of people."

He essentially examines the way in which economic trends are likely to effect the UK and other developed economies. This leaves two important factors out of the equation. What impact will the global economic collapse have upon the world's poorest nations and what political consequences will flow from the current turmoil?

Paul Collier's book "The Bottom Billion : Why the Poorest Countries Are Failing and What Can Be Done About It" has recently been updated and published in paperback. But it was written prior to the global economic collapse. So the terrible conditions he describes are likely to worsen and the solutions he suggests (which were gaining a hearing in significant places) are now likely to be placed upon the back burner.

In situations of economic deprivation (whether in poor or developed nations), political extremism is likely to be given a further boost as political and military leaders offer brands of racial, ethnic, fundamentalist religious and other ideological panaceas as answers to the plight people find themselves in.

To both humanise economic re-construction and tackle modern brands of fascism, there is also now an opening for the spread of countervailing democratic socialist understandings, which are needed on an international scale. As the late Royden Harrison once said "Never have the objective circumstances for socialism been greater, yet never have the subjective circumstances for socialism been worse". Socialists now have a desperate opening to show that a new world is possible.

Yet whilst the current crisis cries out for the spread of democratic socialist understandings, we also need to be aware and beware of simple minded solutions which can lead us into looking for Stalinist-style shortcuts.

The paradox is that we might not even reach the limited objectives of Robert Preston's New Capitalism without significant pressures for a New World of Socialism. For capitalists don't give ground unless they are pushed.
Posted by Harry Barnes at 1:27 PM 1 comment:

INITIALLY POSTED 26 NOVEMBER : Iranian Trade Unionist Farzad Kamanger is to be executed today - your urgent help is needed to attempt to prevent this. See here.

NOTE - 27 NOVEMBER : News is still awaited about the intended execution. Unfortunately 10 other executions took place yesterday, but Farzad may still be alive.

NOTE - 28 NOVEMBER : Farzad is still alive, but remains under death sentence. Nationally and internationally Labour, Trade Union and Human Rights Organisations are pressing the Iranian authorities in efforts to protect Farzad. Your support is still needed via the early links.

FURTHER UPDATE - 1 DECEMBER : Press TV, the Iranian state-funded station has today started broadcasting on Sky on Channel 515. If anyone comes across any mention of Farzad Kamanger (in say a question which manages to find its way onto the George Galloway programme), please let me know. Or even if this case makes main- line British TV.
Posted by Harry Barnes at 11:50 AM 5 comments: