Lessons on Fracking from the USA

Here is an American TV programme on Fracking which is well worth examination. It is only likely to be available for viewing in the near future - CLICK HERE.
Posted by Harry Barnes at 9:57 AM No comments: 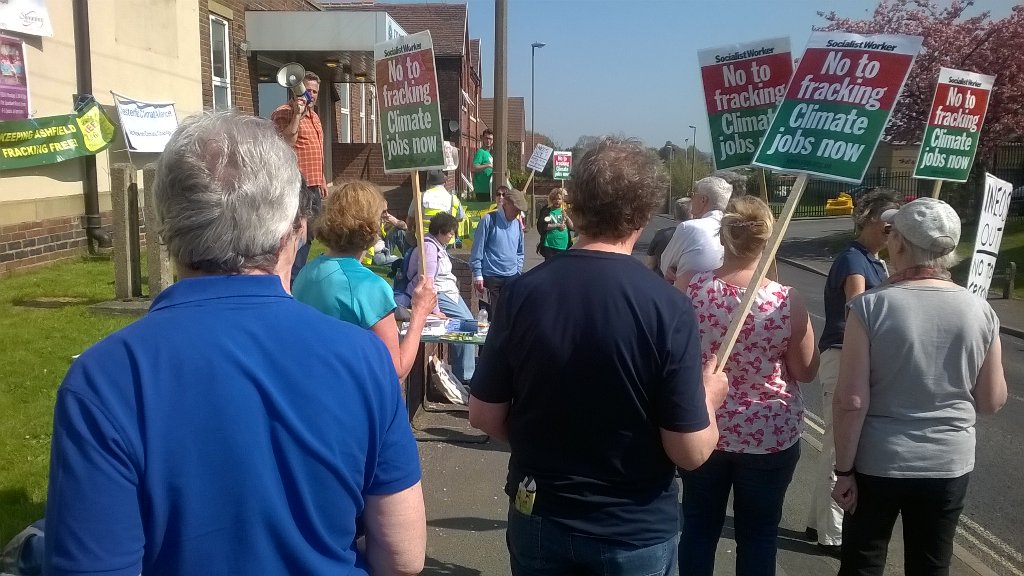 On Monday INEOS (see here) held a meeting at the Speedwell Rooms, Staveley on their plans for Fracking in North Derbyshire. They and/or similar firms have identical plans across wide areas of South Yorkshire and North Notts.

They had invited Parish and Town Councillors from the North Derbyshire area. I wangled a place.

Some 50 attended, but a dozen or so of these were from INEOS itself – these were high powered people within their operations. I had a talk, for instance, with their chief geologist. We were in front of a map which showed the licences INEOS held in the area. One of the few places that was excluded was around Chatsworth. For the Duke of Devonshire himself holds that licence.

INEOS pointed out that they are the largest chemical company in the UK. They operate six plants, the largest being at Grangemouth in Scotland, which is a crude oil refinery. They have 65 plants in all operating in 16 countries and plan to move their headquarters to the UK from Switzerland.  Separate information from the recently published “Sunday Times Rich List 2016” shows that Jim Ratcliffe owns 60% of INEOS and is the 30th richest person in the UK currently owning £3.2 billion – almost 10 times the personal wealth of the Queen.

INEOS said that they are not yet producing shale gas from fracking processes in the UK, but are seeking to become the major operator in the country. In the meantime they will make use of imported shale gas and oil.

In Scotland, they have held 57 events similar to the one they were holding at Staveley. When asked, they promised to run future meetings in our area for District and County Councillors, the Chesterfield Trades Council and the public. Matters on which they need to be pushed.

Over the next two years they hope to (a) identify local sources of shale gas and oil, (b) enter into negotiations and agreements for operations, (c) obtain planning permissions, (d) drill and (e) commence hydraulic fracturing. The fracking operations will be at its height in the early years of its productive operations, (probably 24 hours per day) but will be likely to operate in all for 20 years.

They will start their seismic collection of data from this summer.

After sinking each vertical well, it will take 30 days to establish a horizontal well. This involves the use of 98% water, 1.5% sand and 0.5% chemical additives. They indicated horizontal work would take place at levels of 3,000 feet (ie. 914 meters) to 4,000 feet (1,219 meters). This was according to their senior well engineer. (See later, technically in law they should not operate normally until they reach 1,000 meters).

They said that when hydraulic fracturing takes place it can effect the land for 125 metres upwards. A point which Councillors were worried would cause greater disturbances than that especially in former mining areas, (where the bulk of INEOS's interests are and mining used to cover nearly all of North Derbyhire at different times in its history). Pilsley, for instance, was pointed to as having suffered from mining subsidence.

INEOS said that 6% of the revenue they spent would go to landowners, homeowners and communities. But there was no clear answer as to how much of this would go to Town and Parish Councils. (Just how much of this money will need to be used to compensate people whose properties are damaged during fracking operations ?)

They claimed that lessons had been learned from experiences of fracking in the USA and that our regulations were tighter than theirs. (Yet fracking is banned in France, Bulgaria and the State of New York; with moratoriums which could lead to full bans operating in Germany and New Brunswick in Canada).

The Councillors who asked questions did not adopt a particularly hostile stance, but they displayed some clear knowledge about the problems they could be faced with.

I raised two points in a similar tone. (1) I said that my understanding of the legislation which provided for fracking was that the Government had initially wanted this to be allowed at up to 300 metres, but that this had been amended in the legislation to 1,000 metres (which is a bit deeper than an INEOS figure mentioned above). Although the Government does have power to vary the depth in special cases. (2) I also pointed out that on the other side of the Speedwell Rooms where we were sat was an Industrial Estate and if they undertook fracking from there, they could easily then operate under the very centre of Staveley itself. (The geologist had earlier told me that horizontal underground fracking operations could run for two kilometres “or more”. How close will any of us live the such sites?)

See here for one initiative being pursued to protect the interests of the public.

And see here for a Common's Report on "The Environmental Risks of Fracking" which called for a moritorium on its development.

Posted by Harry Barnes at 3:49 PM No comments: 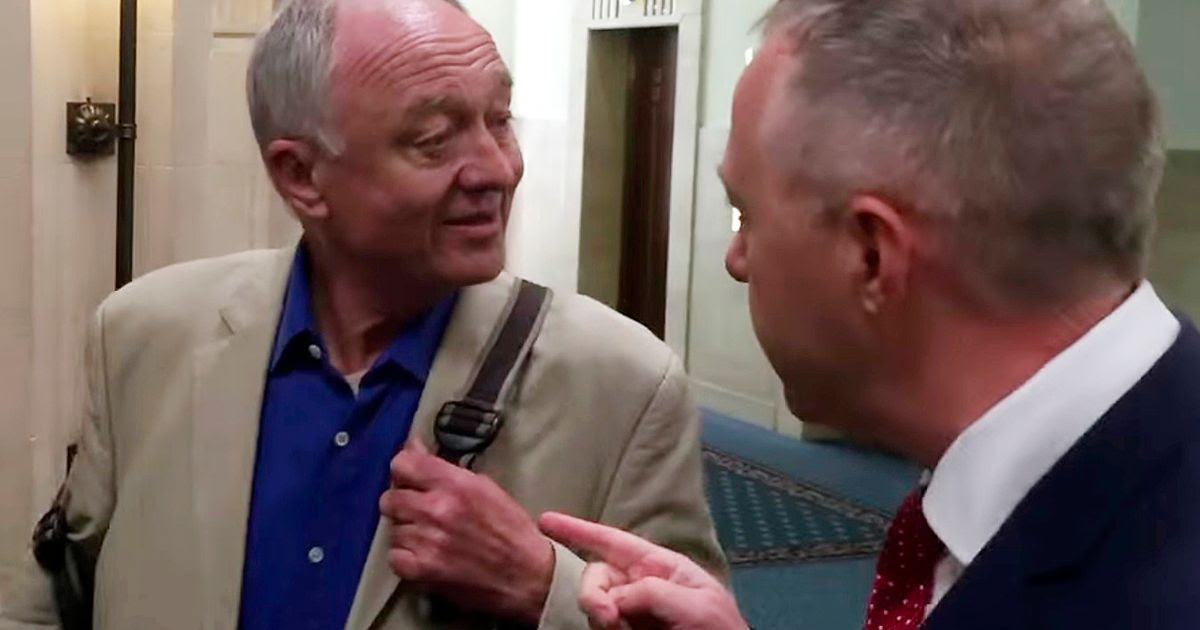 Not only were we Labour MPs together for 14 years, but for most of that time we were also members of the Socialist Campaign Group which normally met weekly when the Commons was in session. Furthermore for a period we had adjourning desks in a place called the Cloisters and later for a few years we came to share a small office. It only had room for our desks, chairs and filing cabinets.So not only did we regularly talk to each other, I also heard him talking a great deal to others on the phone – often to his constituents. I never once heard him say anything anywhere which could have been interpreted to being anti-Semitic. Quite the opposite, he was consistently anti-racist.

We had our disagreements at times as when he once sort to stand for the leadership of the Labour Party. He never received sufficient nominations and I was one of those who refused to support him. On the other hand we once wrote an article together which appeared in the Guardian stressing that the European Union needed a democratic and social agenda. It was fully in line with the position recently argued by Jeremy Corbyn - which can he found here.

The most that can be argued against his recent comments on Hitler and Zionism is that they were badly timed and undiplomatic. They were in no way, however, fundamentally incorrect.

In 1984 Edwin Black wrote a key book on the matters referred by Ken. The work is entitled “The Transfer Agreement : The Dramatic Story of the Pact Between the Third Reich and Jewish Palestine” (New York, MacMillan).

Edwin Black is the most unlikely person to have an anti-Semitic strain in his writings. He is the son of Polish Jews who were survivors of the Holocaust. His mother escaped from a box car that was heading for the Treblinka extermination camp when she was 13 years old. His father escaped when being led to a shooting pit. They both survived by hiding in the forests of Poland for two years; eventually emigrating to the United States. Edwin was born in Chicago and raised in a Jewish neighbourhood.

See Edwin Black talking about his book here. Sections of his book can be found via this web-site.

John Mann became an MP in 2001. So I came across him in the Commons only for a four year period. Then we tended to move in different circles. This would not just be a matter of us pursuing differing agendas. Unfortunately, the Commons is a bit like going to School or College. You get to know people best in your own intake – although shared political horizons and the pursuit of common concerns will draw people together. Yet I was often tucked away in the Northern Ireland Select Committee (which Ken had also served on) whilst John moved on to the Treasury Select Committee.

It was not until I retired in 2005 that he set up and Chaired the All Party Parliamentary Group Against Anti-Semitism, which produced fine reports as shown here.

When the issue about elements of Anti-Semitism in the Labour Party gained national publicity, I had hoped that the work of people like John Mann on the All Party Committee would be used to show a different picture. For to me in confronting Anti-Semitism, Ken and John seemed to have more in common than in opposition.

But I was soon to be shocked by John's extreme reaction against Ken. It is not that I am uncritical of Ken, for he is clearly experienced and knowledgeable enough to realise that there are some issues in politics which grab people's emotions so strongly that they need to be handled with care. The same should, of course, also apply to John.