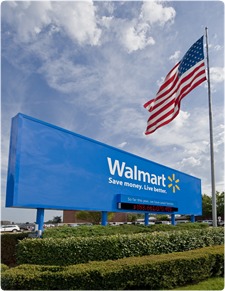 Walmart  is an American multinational retail corporation that runs chains of large discount department and warehouse stores. The company is the world's 18th largest public corporation,  and the largest when ranked by revenue. It is the biggest private employer in the world with over two million employees, and is the largest retailer in the world. Walmart remains a family-owned business and is controlled by the Walton family who own a 48% stake. The six heirs of the founders of Walmat have a total wealth that equates to that of the bottom 30% of the people of the USA. See.
Posted by Harry Barnes at 9:04 PM No comments:

Email ThisBlogThis!Share to TwitterShare to FacebookShare to Pinterest
Labels: Economics 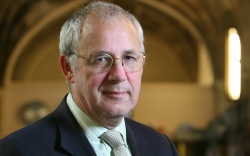 What ideas would you like Jon (above photo) to recommend to Ed? What about (a) a bigger role in the nominating and selection procedures for both the rank and file and affiliated Trade Unions, (b) as Labour still has a residual working class base, limiting future nominations for the post of parliamentary candidate to those already living in a constituency and (c) making the Labour Party a body which working class people wish to join?
Posted by Harry Barnes at 12:02 PM No comments: This is my submission to Labour's Crime, Justice, Citizenship and Equalities Commission.

In his speech to Progress three weeks ago, Ed Miliband said that Labour "will embark on the biggest drive to register new voters in a generation". This is a welcome commitment, but if such a campaign is limited to the period up to the next General Election, it will be unlikely to overcome the massive problems associated with electoral registration in the UK. We also need a policy commitment to say that Labour will tackle registration problems once elected, by introducing the necessary legislation.

The size and nature of the problem surrounding electoral registration has been revealed in a recent report by the Electoral Commission.  They show that at least 6 million people are currently missing from electoral registers, with only 56% of 19-24 year olds being covered, and with the same low percentage for those in private rented accommodation. The major shortfalls in electoral registration occur amongst the young, the rootless, ethnic minorities and the poor. This has a knock on influence in distorting the shape and size of parliamentary constituencies, so that the most deprived areas in the UK are seriously unrepresented in parliament. The move from household to individual electoral registration is likely to add significantly to the numbers missing from registers, thereby worsening the current pattern.

What can be done to tackle such problems? First of all, we need to consider who should have the vote, and why. As the vote should be considered to be a fundamental human right, it should go to all of those who have established residency in the UK. For all residents should have a say in what laws, regulations and taxation regimes they operate under. The only exceptions to such  an arrangement, should be (1) the exclusion from electoral registers of those who are incapable of exercising voting rights due to serious mental incapacity, and (2) those (owing to their age alone) who have not yet reached sufficient maturity. As it would be open to manipulation to employ tests as to when a person was mature enough to vote, an arbitrary age needs to be employed to decide when people will first qualify to vote. For reasons I give later, I suggest that the qualifying date for obtaining the vote should be a person's sixteenth birthday.

Under the above proposals, the current franchise would then be extended to (a) sixteen and seventeen year olds, (b) residents in this country from overseas (at this moment this right is restricted to those who come from Commonwealth Nations and from the Republic of Ireland) and (c) all prisoners (whose new franchise rights could be related to their previous place of residence).

To ensure everyone who had enfranchisement rights would receive them, numbers of improvements would need to be made to the electoral registration system.  First of all, the Government would need to conducted regular advertising campaigns, telling people of their electoral registration rights and duties. Secondly, Returning Officers would have access to records which showed the places of residence of the people living in their areas; including details of residential movements in and out of such areas.  Thirdly, a person would only be entitled to register in the place of their sole or main place of residence; with those changing such residence being contacted to ensure they make use of the existing rolling electoral registration provisions which allow them to transfer their voting rights.. Fourthly, the annual canvas by Returning Officers would require canvassers to engage in door to door canvassing, especially of residences where no-one had registered or where there are significant changes since the previous canvas. Finally, canvassers would undertake searches, to ensure that homeless people were registered.

The extra costs incurred by Returning Officers in fulfilling their duties, would come from Central Government Funds. It would be no excuse to say that we can't afford democracy.

A sound reason for giving people votes at sixteen, is that a person's initial registration could take place at school when students were fifteen year-old and were due to attain the vote. Local Returning Officers will need to send canvassers to schools in their area to facilitate the process - passing completed registration forms on to neighbouring Returning Officers where this is necessary.

We need wide-ranging changes to the electoral registration system, to repair the damages to the current system caused by increased social mobility, de-politicalisation, breaks in the social bond and operations of anti-social measures, such as that of the breach caused in the past by Thatcher's Poll Tax.
Posted by Harry Barnes at 5:48 PM No comments:

On Iraq Since The Invasion

See here.
Posted by Harry Barnes at 8:49 AM No comments:

The School of Democratic Socialism (SDS) will be holding two separate (but related) meetings on Friday, June 15, at the Aspect Court building [Room 15104] of Sheffield Hallam University.

Aspect Court is on Pond Hill, which runs past the bus Interchange, down towards the ring road and railway line. There will be an afternoon seminar at 14.00 hours on the question of Money and Finance: the Economic Crisis. John Halsteadl has prepared a brief paper to provide a focus for the discussion. Allowing for a break, the afternoon session should end by 16.30 at the latest.

This will be followed in the evening, at 19.00, by Linda McAvan, MEP, speaking on The Future of Europe, under the SDS general theme of 'there has to be a better way forward!'.

This is in advance the SDS preparing its programme for 2012-13. The two themes are related and require a greater political response than we seem to be getting from the political parties. There will be ample opportunity for you to express your views and we hope you can attend. Please feel free to pass this information on to anyone who may be interested.

Aspect Court has a reception, which is manned until 17.00 hours. SHU rent rooms on the first floor, while others occupy the top two floors. There is a porter on the door, who controls admittance after 17.00. The entrance to the Aspect Court building is opposite the old Queen's Head public house.

Those attending both the 14.00 and 19.00 hour sessions, may wish to make arrangements in-between the sessions for a snack and/or drink.

For background on the first year of the School of Democratic Socialism see here.

What Happened 60 Years Ago Today?

If you are sixty or over, what were you doing the day that Elizabeth became Queen?

I was a fifteen year old at school and had exams in mock 'O" levels in Maths and Plant Drawing (which was part of studying "Art") . In the evening I went to a meeting of the Christian Endeavour at the Bourne Methodist Chapel at Easington Colliery which was addressed by a local Minister. I even seem to have played the piano for the hymn singing - which must have been the greatest achievement of my piano playing, as I packed in lessons around that time and can't play a note now. When I got back home, I took the dog for a walk at 10 pm.

A few week's later, I went on to fail 'O' level Maths and just scraped the pass mark in Art. No mention in my brief diary notes (then or afterwards) of George VI's death. Nor can I take the dog for a walk in remembrance of that evening. It is raining too heavily and I don't now have a dog.  Nor do I have a religion.
Posted by Harry Barnes at 8:49 PM No comments: