Manny Shinwell, Ruskin College and Me

The current Summer 2022 edition of "Order! Order!" which is the official Journal of the Association of Former Members of Parliament carries on article from myself on pages 4 and 5 entitled "Manny Shinwell, Ruskin College and Me". Manny was the MP at Easington when I first joined the Labour Party in 1956, gave me a reference to attend Ruskin College and officially opened the Dronfield Contact Club when it moved to its current site and I first became a member.

Alexander Downer as Liberal Foreign Affairs Minister in Australia made the following reply to a parliamentry question on 8 March 2005. The UK parliament packed in a shortly afterwards for electoral ppurposes on 11 April 2005 and I then stood down as an MP.


Dr WASHER (2:31 PM) —My question is to the Minister for Foreign Affairs. Would the minister inform the House of progress being made to establish a transitional government in Iraq? Are there any alternative policies. 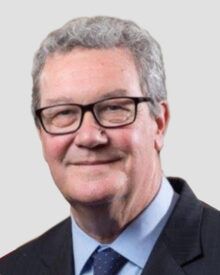 Let me thank the honourable member for Moore for his question and his interest. The process now is that the transitional assembly is to meet and a transitional government is to be formed by that transitional assembly. Interim Deputy Prime Minister Salih said the Transitional National Assembly would meet on 16 March. The reason 16 March was chosen is that it is the anniversary of the chemical weapons attack against Halabja by Saddam Hussein. So it is a very symbolic day. It is a very important day for the Iraqis and it is a symbol of reconciliation in that country. A two-thirds majority will be required in the National Assembly to elect a president and two vice presidents, who will in turn appoint a prime minister. That process is, of course, under way already and it is very encouraging to see this democracy at work.

What is also encouraging is that there is now international consensus. President Bush’s visit to Europe illustrated that point only too clearly. The international community is getting right behind the Iraqis in trying to ensure that the new democratic Iraq works. I was quite interested to see that amongst those who were virulently opposed to the original overthrow of Saddam Hussein was a British Labour MP called Harry Barnes. Some members opposite may know Harry Barnes. Having been a very passionate anti-war MP, he has now done the honourable thing. He has set up a group called Labour Friends of Iraq. I would like to feel that our own Labor Party could think about Labor friends of Iraq as well, and take a leaf out of Harry Barnes’s book. Harry Barnes said:

I thought it was right to oppose the war. But history moves on and the Iraqi people now have a golden opportunity to take back their country and build a decent non-sectarian democracy ...

Here you have the British Labour Party, even the anti-war dissidents within the government majority there, getting behind the people of Iraq. Just about the only people left who are continually harping on in a negative way about Iraq are the Australian Labor Party led by the current Leader of the Opposition. Yesterday the Leader of the Opposition made an 18-minute speech. It was another simple illustration of his capacity to walk both sides of the street. It was a speech where he said nothing positive about the Iraqi election. I think the only thing he said about the election was that he thought it was flawed.

The European Union, the NATO leaders and the international community all know that the Sunnis were intimidated in order to keep the turnout low, but we are being positive and constructive about the future of democracy in Iraq. The Leader of the Opposition apparently thinks that the real issue here is that the country is about to descend into a civil war. So let’s talk up that issue. He walks both sides of the street. He said, in terms of Australia’s contribution, that he thinks the maintenance of a strong position in the Persian Gulf is not an unreasonable thing on a more long-term basis. So we should have people—the Navy, I suppose—in the Persian Gulf in the long term.

But the Leader of the Opposition also said in the same speech that we should not commit ourselves permanently outside of the Asia-Pacific region. We should have the Navy there but we should not have the Army there! We should be there; we should not be there! He had a new criticism which was that when the al-Sadr forces were in revolt there was a need to increase our deployment in Iraq. But with Iraq so much quieter now he thinks that we should have increased our troop numbers earlier. And maybe having increased them earlier we should reduce them. He makes the argument that we do not have enough troops there—450 is not enough! We need more troops there but we should not have troops there at all! I think the Labor Party in Australia should follow the lead of Harry Barnes. They should get behind the Iraqi people, set up a new group called ‘Labor friends for Iraq’—not ‘Gough Whitlam in Blues Point Tower friends for Iraq’—and get behind the Iraqi people and support democracy. On this side of the House that is what we do.

Posted by Harry Barnes at 5:49 PM No comments: