This year the 4th Edition of the book shown below has just been published. It is 724 pages long, being made up of an introduction by its editors plus a further 19 articles drawing from a total of 35 highly qualified authors, including the editors themselves. Only four of the articles have a single author, the rest having two or three joint authors. I only temporally hold a Library copy of this book, which I obtained via the inter-library loan system. Below I quote from one of its key articles and later draw attention and give access to one of the key references it employs. 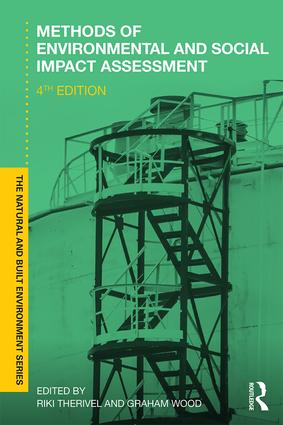 From page 87 in an article entitled "Soils, land and geology" by Chris Stapleton, Hugh Masters Williams and Martin J  Hodson  they make the following important statement related to fracking -
"Seismic Risk is a significant problem in some parts of the world.....For example, hydraulic fracturing ('fracking') can potentially cause significant geological problems that as ESIA (i.e. an "Environmental and Social Impact Assessment". HB) for a fracking operation would need to assess. Fracking involves pumping liquid under pressure into rock formations to force shale gas out. The main geological risks are that expelled gas might contaminate underground aquifers, and the possibility of earthquakes. Earthquakes caused by fracking are usually small, but associated waste-water disposal by injection into deep wells can induce larger earthquakes (Ellsworth 2013). For example, a fracking-induced 5.7 earthquake in central Oklahoma in November 2011 destroyed 14 homes and injured two people....Subsidence and slope stability are also factors that should be considered. Subsidence is caused by underground mining and is usually associated with traditional coalfield areas. where the subsidence extends for considerable distances around collieries".

The article referred to above under the reference "Ellsworth 2013" is by William L. Elsworth and is entitled "Injection-Induced Earthquakes". It was published on 12 July 2013 in Science Volume 341 (see www.sciencemag.org) and can be found via clicking into this link. It includes key sections to follow under the following sub-headings "Earthquakes Induced by Hydraulic Fracturing", "Earthquakes Induced by Deep Injection", "Paradox Valley" showing major seismic problems which arose on that site which is in Colorado and "Hazards and Risk of Induced Earthquakes".

The above pubications, therefore, back up the case I have kept pushing.

If it is thought that earthquake problems can never arise in areas such as Sheffield and Derbyshire, then click here for reports from places such as Sheffield, Chesterfield and Derby of the numbers of  events which occurred from a natural incident in February 2008. Then if you also conduct a search of the area via this Coal Authority Interactive Map you will work out the range of subsidence dangers in the area which would be likely to be seriously triggered by fracking-induced seismic activity.

Added 29 January. On the above theme also click here.

Added 30 January.To what extent has the Derbyshire County Council undertaken a full Environmental and Social Impact Assessment in response to INEOS applications over workings on the Bramleymoor Lane site ?  On the local community's behalf, it should clearly have pursued this proceedure (but so should have the Government before it even considered pro-fracking legislation) which is explained via this link.
Posted by Harry Barnes at 5:28 PM No comments: 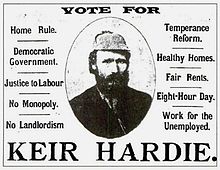 Posted by Harry Barnes at 3:47 PM No comments: