Natascha Gets It Wrong Again 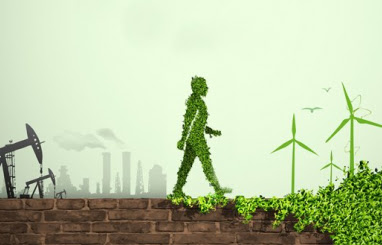 On 28 June the following item appeared in the Times newspaper from Natascha Engel the former MP for NE Derbyshire and former Shale Gas Commissioner. I then give my criticisms of her stance.
Net-zero carbon target is reckless and unrealistic

As Theresa May takes to the G20 stage in Japan to urge her fellow leaders to follow the UK’s moral leadership on climate change, she should hope that their parting gift is, politely, to ignore her.

As impressive as the target of net-zero carbon emissions by 2050 sounds, other countries will recognise the capacity it has to destroy UK plc for generations to come. The lack of scrutiny of what would be the most expensive and socially disruptive public policy since the Second World War is truly remarkable.

The announcement and cross-party self-congratulations last week were short on any ideas about how we get there and who picks up the tab. The chancellor has estimated that the cost would be more than £1 trillion. That’s £1,000 every second for the next 30 years.

That may please our international competitors but it’s unlikely to be a domestic vote winner. Given that the UK contributes just 1 per cent of global greenhouse gas emissions, it’s also unlikely to have any effect on climate change.

The problem with putting targets into law is that no amount of legislating can make magic happen. In fact, we have seen too often how setting a target distracts us from what we are trying to achieve and results only in the time-honoured massaging of statistics.

Recently the Department for Business published the impressive fact that in 2018 “total UK greenhouse gas emissions were 43.5 per cent lower than in 1990”. This sounds remarkably like we are on track (or very nearly) to meet the 100 per cent target.

A few days later, the Department for Environment published a less selective statistic which included the UK’s consumption emissions. These include, for example, the carbon emitted in the steel we now import from China after Redcar was closed (at a cost of more than 2,000 jobs) and our doubled coal imports from Russia, with a fivefold higher carbon footprint compared with coal mined in the UK. Added together, our actual carbon reductions since 1997 are 3.4 per cent.

So our carbon emissions over the past 20 years have dropped by less than 5 per cent — and we think we can reduce them by 100 per cent in the next 30 years?

About 80 per cent of the world’s energy use still comes from oil, coal and gas. If we want global emissions to fall we need to decarbonise, to capture and store carbon dioxide. Developing the technology and making it pay is what other countries might buy from us. Meaningless targets and virtue signalling, on the other hand, will simply be ignored.

Natascha Engel was the UK’s first commissioner for shale gas.

Natascha ignores the fact that the UK is in a key position to seek to lead the world in moving away from the considerable dangers of greenhouse gas emissions. And thus be able to press other nations (especially via international institutions) into following our proposed pattern. We can lead by example.

We have (a) a huge coast line for our size which experiences masses of tidal waves, (b) with numerous running rivers down to the sea, (c) persistent winds which are growing due to the results of the world's gas emissions and (d) periods of record sunshine. Under modern technology we are in a position to expand considerably on our use of such power sources.

In terms of greenhouse gas emissions we are, in fact, in 17th position out of the world's 187 nations. If we take a lead in removing greenhouse emissions, we begin to be in a key position to influence developments in much large nations such China, the USA, India and Russia who because of their sizes are currently responsible for 53.6% of the world's harmful emissions.
We can take a lead towards climate change (1) by example (2) by doing our bit (3) in working on and with other nations to extend our objectives and (4) using pressures inside international institutions.

We can't just sit back and do nothing if we wish to save the planet. One item would be to drop the idea of fracking.

6th October :  Just Discovered, Natascha new job from 2 months ago - see here.
What she seemingly covers - see here.
Then there is all this about her - click here.

See my proposals on the Independent Labour Publications (ILP) web-site here, where subject to moderation comments can easily be placed.
Posted by Harry Barnes at 5:23 PM No comments: