This is not a criticism of the work undertaken by Labour's National Policy Forums, nor of those who feed material into their deliberations. But we must seek to draw all the people who are part of the Labour Party as associate, registered or individual members into its policy-making procedures. This has not been happening. Only eight Constituency Labour Parties and one Branch have made submissions to the current work of the eight Policy Forum Groups whose work is to be examined at the coming Labour Party Conference.

When Policy Forum reports are endorsed by Conference, the Labour Party in the past has made totally inadequate use of these.

For instance, Labour campaigned in the European Union Elections in May 2014 with little or no reference being made to the policy positions it had by then endorsed. Nor did it draw from the progressive policy programme which was adopted by the Party of European Socialists (PES). Yet we are one of the PES's 32 political parties from right across the EU, who are supposed to be our comrades.

Another chance to push our programme was seriously missed during the Scottish Referendum, which was held just days before our 2014 Annual Conference. Yet by then our National Policy Forum Report for 2014 was only awaiting Conference's rubber stamp. This programme could have been used in Scotland.  It could have come to have had an eventual impact on the Scottish General Election results,  saving us from the full disaster of what happened.

Even after Conference endorsed the 2014 Policy Forum Report, those at the centre of Labour's Campaign still dithered. The membership needed to be alerted to our policies, so that they could press its general principles when dealing with the electorate. Indeed if our members had been enthused by Labour's proposals, it would have further enlightened and directed their efforts. It would have added a cutting edge to the considerable work that was undertaken.

But even though Labour used its Policy Forum policies late in 2014 to publish a pre-Manifesto  entitled "Changing Britain Together", little campaigning use was ever made of this key document. For instance, when membership cards were posted early in 2015, no information was enclosed with these to spell out where Labour stood. When emails came out to members from Labour's National or Regional Offices they invariably concentrated on fund raising matters. Yet Labour's policies could have been pushed to inform and enthuse members - and that could actually have helped to bring in more donations.

Even when "One Nation" (the Labour Party's membership magazine) was circulated this February as a 32 page booklet, policy items were confined to a few items only on pages 12 and 13. It was a glossy document containing 35 coloured photos and much trivia, containing interviews with both a celebrity and a baroness both of whom I had never heard of.

We had to wait until the General Election was upon us before Labour's General Election Manifesto was issued. It was then far too late for Labour activists to do their own research to absorb what we stood for.

How we determine policy and then disseminate what we determine, now needs to be at the top of our agenda.  If members are fully absorbed into the policy-making process, then they can more easily pick up its outcomes. Yet we also need to publicise policies as soon as we decide upon them - and then keep on about them.

Click here for an avenue to masses of policies we had in place in the run up to the last General Election, but never properly utilised.

Posted by Harry Barnes at 11:21 AM No comments: 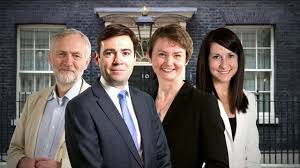 It is especially appropriate that the ILP should make a case which could help to save and progress the future of the Labour Party. For the ILP was initially founded by Keir Hardie and others in 1893 as the Independent Labour Party and was a key forerunner and participant in the establishment of the Labour Party itself. For a first rate and recent article on the role which Keir Hardie played, click here
Posted by Harry Barnes at 10:26 AM No comments: