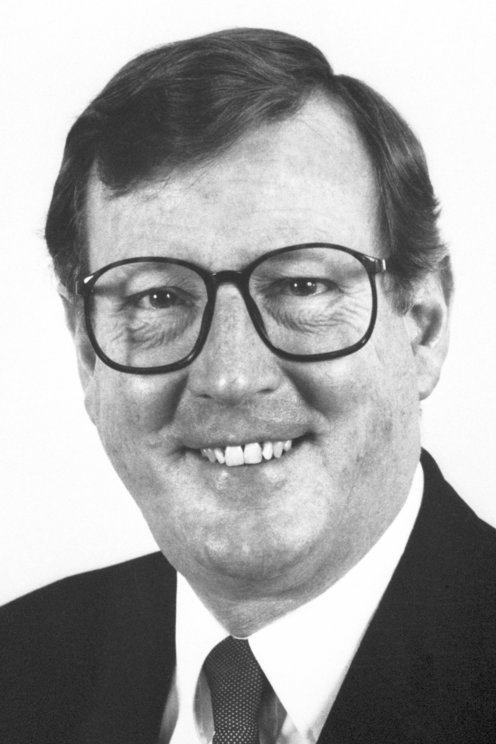 Over time when I was an MP from 1987 to 2005 I came to develope a key interest in moves towards peace and reconcilation in Northern Ireland.  I became a regular participant in debates in the Commons on Northern Ireland matters. And became a member of the Northern Ireland Select Committee and the British Irish Parliamentary Body. I was also a regular visitor to the island of Ireland - the north and the republic. These activities mainly took place during the period when David Trimble played a key role in developments in the Province.

David Trimple was leader of the Ulster Unionist Party from 1995 to 2005 and first Northern Ireland Minister from 1998 to 2002. During these times we occupied London flats which were opposite each other on dfferent sides of the road, a couple of miles south-west of the Commons. It meant that on occassions we bumped into each other when either waiting for a bus to the Commons or more likely walking the distance together.  Such informalities can be very helpful.

It is sad to hear of his death. For he made significant advances towards peace processes in the Province.

Posted by Harry Barnes at 11:50 AM No comments:

In the election for the leader of the Conservative Party, what happens if the voters send in more positive abstentions than votes for either of the two candidates ? Would we then hang on to Boris ?

Posted by Harry Barnes at 10:02 AM No comments:

Boris Johnson's Relationships - 7 children with three of his four wives and another woman.

The following is an extract from his Wickipedia entry. Covering another side of Boris's character.

In 1987, Johnson married Allegra Mostyn-Owen, daughter of the art historian William Mostyn-Owen and Italian writer Gaia Servadio.[825] The couple's marriage ended in divorce or annulment in 1993[f] and 12 days later Johnson married Marina Wheeler, a barrister, daughter of journalist and broadcaster Charles Wheeler.[829] Five weeks later, Wheeler and Johnson's first child was born.[830][831] The Wheeler and Johnson families have known each other for decades,[832] and Marina Wheeler was at the European School, Brussels, at the same time as her future husband. They have four children: Lara Lettice, Milo Arthur, Cassia Peaches, and Theodore Apollo.[833]

Between 2000 and 2004, Johnson had an affair with Spectator columnist Petronella Wyatt when he was its editor, resulting in a terminated pregnancy and a miscarriage.[183] In April 2006, the News of the World alleged that Johnson was having an affair with Guardian journalist Anna Fazackerley. The pair did not comment and shortly afterwards Johnson employed Fazackerley.[194][195]

In 2009, Johnson fathered a daughter with Helen Macintyre, an arts consultant. In 2013, the Court of Appeal discharged an injunction banning reporting of his daughter's existence. The judge ruled the public had a right to know about Johnson's "reckless" behaviour.[232][834][835] There had been speculation that he may have had another child from an extramarital affair due to an appeal court judge stating in 2013, "the father's infidelities resulted in the conception of children on two occasions".[836] In September 2021, after years of obfuscation, Johnson stated that he had six children, thereby denying the existence of any further illegitimate children.[837]

In September 2018, Johnson and Wheeler issued a statement confirming that after 25 years of marriage they had separated "several months ago", and had begun divorce proceedings.[838] They reached a financial settlement in February 2020,[839] and the divorce was finalised by November 2020.[840]

In 2019, Johnson was living with Carrie Symonds, the daughter of Matthew Symonds, co-founder of The Independent newspaper. Symonds had worked for the Conservative party since 2009 and worked on Johnson's 2012 campaign to be re-elected as mayor.[844] On 29 February 2020, Johnson and Symonds announced they had become engaged in late 2019, and that Symonds was expecting a baby in early summer.[845] Their son, Wilfred Lawrie Nicholas Johnson,[846] was born on 29 April 2020 at University College Hospital in London.[847][848]

On 29 May 2021, Johnson married Symonds in a secret ceremony at Westminster Cathedral attended by 30 guests,[815][849] becoming the first prime minister to marry in office since Lord Liverpool married Mary Chester in 1822.[850] On 31 July 2021, it was announced that they were expecting their second child together after Carrie suffered a miscarriage earlier that year.[851] Their daughter, Romy Iris Charlotte Johnson,[852] was born on 9 December 2021 at an NHS London hospital.[853]

Posted by Harry Barnes at 2:38 PM No comments: