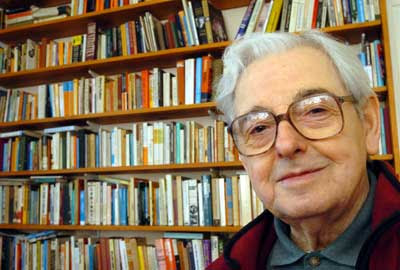 As shown in his latest book "Hugh Bell School 1937 And Other Short Stories and Poems" Bert Ward (above) knows the importance of opening words.

Here are the leads into six of his stories-

"The steel bongie was driving me mad."

"I've been talking to the wall and it's been answering me."

"Elsie had got religion. Now that is not a bad thing in itself."

"I was walking along the promenade at Redcar looking out at sea when I saw the boot."

In each case, the reader just then has to find out what follows.

From Sheffield To Singapore

I enjoy reading when travelling or in, say, a corner of a pub when I turn up early and I am waiting for family or friends. Bert's small book, totals 30 stories and poems. It turned out to be ideal for my habit, which included a bus journey into Sheffield when turning up early at a pub where the Fabians were holding a meeting.

Bert's own explicit politics only emerge fully on the surface in a stanza of one of his poems entitled "The Sailmaker" which is about the HMS Revenge where he undertook his war-time service. Yet it has a sad contemporary ring. It reads -

If you have tears
And those to spare
Shed them for those
Who in despair
Fall into the fascist snare
Of national this
And national that
The evil creed in classless hat
Preaches
"For the common good
Workers must think with their blood",
Then to shed it in great spate
When they have fully learned to hate
Each other.

His stories range widely, from fact to fiction and from humour to pathos. Often mixing together these characteristics. I will only mention one of these for fear of giving his plots away.

The essay which gives the book its title had a special appeal to me. It is about his classmates at a school in Middlesbrough before the 2nd World War. Four were subsequently killed in the conflict,including Bert's special friend John (Jackie) Anderson who is buried in the Kanji War Cemetery.

I have myself laid a wreath at the cemetery, which is in Singapore. This was in 2004 when I was part of a Parliamentary delegation. Having read Bert's book, I just wish that he have been with us.

The story he tells has a lifetime's experiences built into it. His schooldays when only 14 are seen through the prism of his own wartime experiences including the shocks of hearing about his former classmates' deaths and the maturity of experience which comes to someone of a questioning disposition. As Soren Kierkegaard (quoted in the legend at the top this blog) said - "Life can only be understood backwards; but must be lived forwards." Bert's work shows that he has come to understand a great deal which enables him to look back in a telling ways on his own earlier experiences. He also developed the skills to communicate these to us.