What Standards And When? 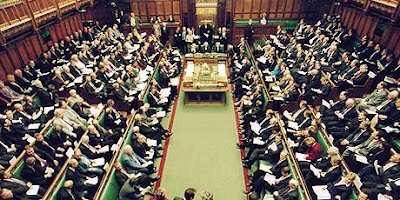 I am becoming increasingly worried about the work of the Committee on Standards in Public Life in relation to its current inquiry into MPs' expenses. It is the key body which can recommend a new watertight system to replace the current and much abused arrangements. All three major political parties in parliament are committed to accepting its findings. Yet is it up to the job?

First of all it called for evidence to be submitted to it for its enquiry and gave the closing date as 5 June, which is 18 days ago. By that time it had published 71 submissions on its web-site. As it was holding its first hearing on 16 June and was questioning Harriet Harman the Leader of the House and her opposite numbers Alan Duncan and David Heath from the Conservatives and the Liberal Democrats, it rushed out evidence from the Government and the Lib-Dems that morning. Evidence from the Conservative Party Leadership having been published earlier. But up to now no more of the outstanding evidence has been published.

Thank you for your email of 13 June. We have received over 600 submissions to date and therefore there is a backlog of submissions that need to be uploaded onto the website.
Please accept our apologies for this delay but we are working our way through this.

When will the 500 plus outstanding submissions be published? Who do they come from? Of the mere 73 published to date 33 are from MPs, one from an ex-MP and one from the Parliamentary Labour Party (to add to the three submissions considered at the Committee's first hearing). But of those published none come from the Daily Telegraph or the media who have given the expenses' scandal such detailed coverage. I would like to know if they have submitted evidence which is still in the pipe-line. If not, I would like them to explain why not?

A second matter which concerns me is that I have asked the Committee that when it gets round to publishing my submission, if it will add the evidence I gave to it when it held its very first enquiry. For the volume they published this in is not available on the Internet. I gave this evidence no-less than 14 years ago, on 15 January 1995. I raised the point that the expenses system "could be rather abused" and, off the top of my head made some suggestion as to how this could be tackled - although this wasn't particularly the subject matter of their first enquiry. My current submission which I placed on my blog here is in line with the case I put to them then. If they don't publish my submission soon nor add the 1995 evidence, then I will need to type this key extract from the past up and place it on this blog. But this is no substitute for the real thing.

Note 1 : the photo is an old one and I am in the thick of it. But its not 14 years old, because I am sat on the Government side.

Note 2 : two more MPs' submissions have just been placed on the web-site as they are appearing in front of today's hearing. There are still over 500 outstanding submissions awaiting publication.
Posted by Harry Barnes at 1:35 PM