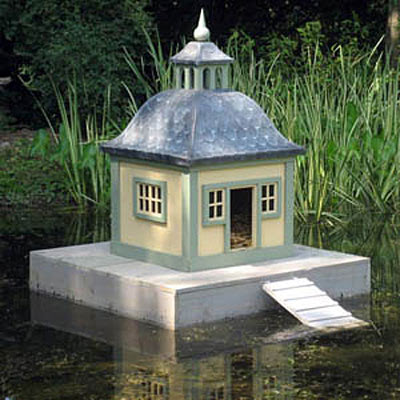 The handling of the expenses' scandal gets stranger and stranger. Just look at the position of the three main sets of actors.

Yesterday the Government published its Parliamentary Standards Bill. According to Harriett Harman in a statement to the Commons, this Bill is directed at establishing "a new, wholly independent authority to take over the role of the Fees Office in authorising Members' claims, overseeing a new allowances system, following from proposals from the Committee on Standards in Public Life and maintaining the Register of Members Interests". The Bill is presumably intended to be passed into law quickly to seek to respond to public anger over MPs' expenses. So the aim seems to be to have it passed into law before the Commons goes into recess on 21 July.

Yet the Committee on Standards in Public Life is not expected to issue its report and recommendations until the autumn, so the Commons will then be unable to act on these until after it returns from the lengthy recess on 12 October. If the Committee recommends something entirely different to the road the Government is now going down, what then ? For the leadership of the three main parties are all signatories to a blank cheque agreeing to act on the Committee's recommendations come what may.

Or has it already been established that the Committee will act in conformity with what the Government is now doing? If so, that makes the current enquiry rather restricted as to what it can recommend. My own proposals, therefore, don't stand even a theoretical chance of being adopted as they would need the new Parliamentary Standards Bill to be mainly scrapped and for a fresh bit of legislation to be introduced. For I don't want a new expenses' regime. I want the present set-up to be replaced by a new system entirely which provides services instead of the filling in of allowance forms. Perhaps the Government never realised that such an alternative was possible. Which is understandable as Gordon's staff haven't even acknowledged the letter I sent him on all of this at the end of last month.

His Committee on Standards in Public Life is currently ploughing through the submissions it has received and also has a set of evidence sessions to complete by 16 July. It also has to keep an eye on what the Government, Parliament, the Daily Telegraph and the rest of the media (who keep trying to play catch-up) are up to. The Committee did manage to publish a further single submission today, making the current total 74. The trouble being that they hold over more than 500 other submissions which have been in their possession since the final date for these on 5th July. At this rate my submission could emerge early in 2011.

They have produced acres of details on MPs expenses and call for more and more openness - that is, until we start to read the small print. In their lead editorial today when the Government's new Bill calls for more information to be provided about MPs' outside connections and earnings they state - "Yes, voters have the right to know what their MPs do outside of Parliament, but if the level of detail that must be declared proves intrusive as is planned, it will drive out high-quality people, or inhibit them from standing in the first place." It sees the move to publish such information as, shock-horror, being directed almost exclusively at Conservative MPs. It sounds like redacting to me.

They could, of course, put this argument and their other thoughts to Sir Christopher's Committee. But I don't think they have. If they had been amongst the backlog of the 500 plus unpublished submissions, then they do have a newspaper in which they can push their ideas. After all it has been full with nothing else but expenses details for some seven weeks now. If anyone has a duty, therefore, to tell us how to solve the problem over MPs' expenses then it is them.

After all even I have made this submission. If it ever takes off there is an interesting position which would be available under the Government's new Bill which is to set up an "Independent Parliamentary Standards Authority". One of its five members has to be someone "who has been (but is no longer) a member of the House of Commons". I wonder if they will pay expenses!
Posted by Harry Barnes at 9:28 PM

"The Bill is presumably intended to be passed into law quickly to seek to respond to public anger over MPs' expenses. So the aim seems to be to have it passed into law before the Commons goes into recess on 21 July".

5 years is a long time to duck the issue of legislating to allow prisoners the vote.

Why are they so quick to do something when it suits their own interests?

Jailhouselawyer : if Governments are determined and have the support of both Houses of Parliament, then laws can be passed very quickly. I think that you will find that in 1971 during a crisis, Ted Heath was able to nationalise Rolls Royce in a day.

jailhouse lawyer : It looks like the Bill will leave the Commons for the Lords at the end of business next Wednesday - see
http://page.politicshome.com/uk/house_of_commons_forthcoming_business_25.html

That's the problem Harry, no will in Parliament for doing the right thing.