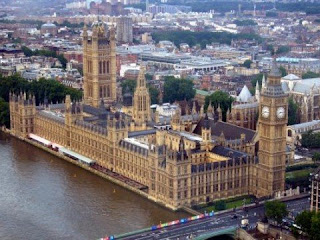 In 1995 I appeared before the First Inquiry that was ever conducted by the Committee on Standards in Public Life. It was then known as the Nolan Committee and was starting off life with a general enquiry into "Standards In Public Life". I concentrated upon matters such as the need for MPs to be full-time and to have no paid outside interests whatsoever and never to have long parliamentary recesses.

It is this Committee which is now chaired by Sir Christopher Kelly that is conducting the Inquiry Into MPs' Expenses. However back in 1995, I did briefly raise a matter that is central to its current investigations. I was responding to a point raised by a committee member, Anne Warburton who is now I believe a Dame. It went -

HARRY BARNES..... I do not like the current system in which there are allowances for Members of Parliament to determine, both in terms of their accommodation in London under a London allowance and in terms of other work they do, that they have control of those amounts and determine who they employ and generally how that money is to be used.

It also is taken very much on trust by the House authorities when people fill in forms to say they are using money in various ways without a great deal of checking taking place, on the grounds that everyone is an Honourable Member and therefore to be trusted in what they do. I think it would be much better if there were specific areas of facilities that were supplied by the Commons authorities, both in a Member's constituency and in the Commons itself. So that it should determine the size staff that a Member of Parliament should have. That staff should have to have suitable qualifications in order to do that job. But then the Member should be able to select, because he (sorry, should have added "or she" HB.) has got people who have political interests that he wishes to be associated with, as to who it is who does that work on their behalf. But I do not think that the business of filling in allowance forms and therefore having control of the finances oneself within a restricted area is something that is useful for MPs to be involved in. Some MPs make very good use of those arrangements and extend them very very considerably. But a system that you can use can also be rather abused and used very fully. I think it would be better if there were systems that were put into operation that would help to run MPs as well. It might be that some MPs actually emerge with rather limited experience in terms of running office facilities and organisations. If there are structures that are expected to operate, people who are appointed to them, then to some extent initially they may begin to run the MP but the MP then should come to be in control of that situation. The more they are in touch with their constituents' concerns or interests, then the better they are at knowing what to do.

ANNE WARBURTON. Mr Barnes, I think that I must leave it to colleagues who know that life in Parliament to ask further about you ideas of the organisation of work. But you have in your letter, used the word "abuse", that you think the allowance system - I think you said - "is" rather than just "can be" abused. I think that, it seems to me to come within the heading of - I don't like the word - "sleaze". So I feel I ought to ask you a little bit more on that front. Are you saying that you actually are aware of abuse which does take place. (Note : I had not in fact used the claim about abuse in the letter I had sent to the Committee, but I had used the following term in my above comment - "can also be abused" HB.)

HARRY BARNES. No. Maybe I have worded it rather strongly. It is just that the system is such that the forms are filled in and claims are made. Some areas require specific backing because money has been spent on a copying machine or something of that nature and the information has to be put forward. On other occasions it is claims for allowances for accommodation etc. and I know of no arrangements by which that is checked as to whether it operates, or any receipts begin to be required. That seems to me to be problematic and puts some temptation in people's way. Given that we are talking about a random sample of human beings, it is likely to be succumbed to in various cases." (We now know that although I never had any evidence to back me up that my speculation has since been shown to be correct in a number of high profile cases HB.)

In the above I indicate that it would be better if a system of expenses was replaced by a controlled system which provided needed services to allow MPs' to do their job. This is the basis of my current submission to the Committee. Unfortunately, my viewpoint has not yet been placed on its web-site.

My immediate step is to see if I can get anyone to raise my concerns during the discussions on the new Parliamentary Standards Bill in the Commons on Monday, Tuesday and Wednesday. But don't hold your breath.
Posted by Harry Barnes at 5:13 PM