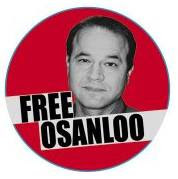 Good news from the TUC's International Web-site, but much more needs to be achieved. They say -

The TUC has welcomed the news today (Sunday 6 April) that Iranian bakery workers' leader Mahmoud Salehi was released from the City of Sanandaj‘s central prison at 3pm. He had completed a one-year jail sentence for trade union activities nearly two weeks ago, but the authorities had refused to release him. The TUC reiterated its call for the Iranian Government to release bus workers' leader Mansour Osanloo from the notorious Evin prison in Tehran, to free all jailed Iranian trade unionists, and to abide by international labour laws.

For the full TUC Media Release, see here.
Posted by Harry Barnes at 9:18 AM