The Size Of The Constitutional Fix 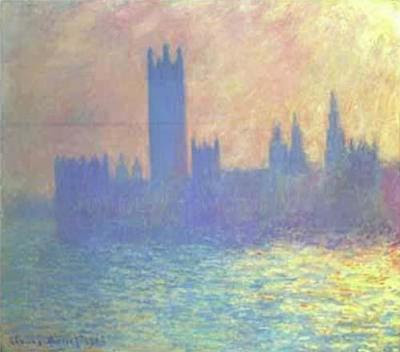 There are massive problems about the "Political Reforms" which are listed in the Coalition Agreement between the Conservatives and the Liberal Democrats.

(1) The proposals will turn political debate in parliament, the media and hence the nation towards questions of electoral and constitutional change and away from economic and social issues. Yet we are in a serious situation where we all need to take an informed interest in policies which will effect the basic conditions of the people. These electoral tricks need to be nipped in the bud now or otherwise diverted so that we can concentrate on serious matters.

(2) If we have fixed-term parliaments, what is the democratic argument for setting these for as much as five years? Ignoring the vote for the Commons which is now due to meet, there have been 20 general elections since a universal franchise was first operated in 1929. The 1935 parliament had its life extended until 1945 when the war arrived. If we exclude this special period from our calculations, it means there have been 19 parliaments over a 71 year period, with an average life of 3 years 9 months. Only 7 of these parliaments have lasted for 5 years or near to that period. What was so important about them that they should now be the norm? The Chartists argued for annual parliament's annually elected. Although that might lead to media overkill today, there is a strong democratic case for not curtailing general elections and the people's votes for excessively long periods. Fixed parliaments of 3 or 4 years should be enough.

(3) It is proposed that a Referendum Bill on electoral reform will be introduced to give us the option of opting for the Alternative Vote AND for the creation of fewer and more equally sized constituencies. But a reduction of the number of MPs will further place parliamentary power into the hands of the Front Benches, because it will work out overall to be back-bench MPs that will be culled. This is a category from which numbers of "rebels" emerge. Parliament needs more of these, not less.

(4) Before we move to the provision for more equally sized constituencies, we need to overcome the serious shortcomings of the current electoral registration system. This system was first dented under the operation of the Poll Tax - which was a meaningful popular name for this deterrent to electoral registration. Yet things have continued to get worse since those days. There were 3 million people missing from the electoral registers on 6 May. That amounts to 4,500 per constituency. But the missing voters are by no means evenly distributed throughout society. They are concentrated amongst the young, the rootless, the poor and ethnic minorities. It is only when we act to register these missing voters, that we will be a position to re-draw equitable constituency boundaries.

(5) The proposal to allow the dissolution of parliament on the artificial vote of 55% of MPs is being recognised as a constitutional disgrace. If established it would be a recipe for massive political turmoil once we were faced with a dissolution vote which was "lost" when those in favour of it fell in the band between 50% plus one and 55% minus one.

It beggars belief that the Liberal Democrats have agreed to these proposals. It remains to be seen whether they did this out of stupidity or from manipulative malice. It is certainly time for them to drop the term "Democratic" from their title.

The proposals are, of course, within the fix-it tradition of Lady Thatcher and Lady Porter. If there are any Conservatives who are left in the Butler and Supermac tradition, it is to be hoped that they will help to put a stop to these disgraceful proposals.
Posted by Harry Barnes at 5:22 PM