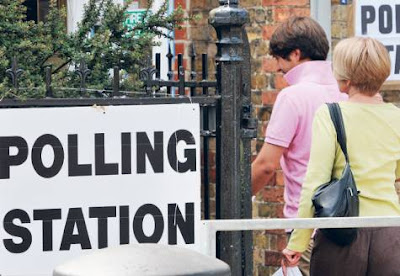 Labour is on the back foot over the issue of electoral and political reform. This is because in its period of 13 years in Government it only produced a number of limited and sometimes confusing reforms in these areas.

1. On the reform of the Upper Chamber it did little more than transform a mixed hereditary and appointed Peerage into what is now a mainly appointed one.

In order to cap the Coalition's current proposals, Labour now needs to call for the complete abolition of the Peerage, with strict limits being placed on the legislative powers of the Second Chamber. If significant moves could also be made in advancing the powers which back-bench MPs exercise over the Executive, there would then be a case for the abolition of the Second Chamber altogether.

2. It introduced a variety of different voting systems for different tiers of Government, with no convincing explanation as to why this hotchpotch produced a principled system.

Labour could call for all elections, from the European Union to Parish Councils to be operated under the Alternative Vote.

3. Despite introducing a more flexible electoral registration system, Labour failed to stem the collapse in the numbers of voters who are missing from registers. Some 3 million were missing from registers at the recent General Election, which is around twice the number that were missing in 1997. Yet we are moving to a system of individual voter registration. This system has been introduced into Northern Ireland and the electoral registration rate has fallen there from 95% to 86%.

The main groups of people missing from electoral registers are be found amongst the poor, the young, the rootless, ethnic minorities and those avoiding debt collectors. We need a proactive electoral registration system to overcome the problem of these missing millions. As the categories mentioned above are unevenly distributed throughout the nation, this seriously distorts the drawing of constituency electoral boundaries. Correcting the massive shortcomings in electoral registration, needs to precede any major redrawing of constituency boundaries. The sale of electoral registers to commercial interests should also be banned as it acts as a deterrent on registering to vote amongst many disadvantaged people.

4.Despite a slight recovery at the last General Election, there was a worrying overall fall in electoral turnout during Labour's watch.

Efforts by Labour to make politics relevant to tackling the economic, environmental and social needs of the those who are disenchanted, will add significantly to all forms of electoral turnout.

Additionally, it is important that Labour should campaign against the Coalition's proposals to reduce the number of MPs in the Commons - it is the Peerage and possibly the Second Chamber which should go instead. Cutting the numbers of MPs will itself further tip the balance of power in the Commons away from back-bench MPs towards the Front-Benches. For as long as the numbers of MPs who are on the "pay-roll" remain unchanged, it is back-bench seats which will in practice be culled.
Posted by Harry Barnes at 8:46 PM

This would appear to indicate that the LibCon coalition has finally seen sense:

"Disenfranchisement is an outdated, disproportionate punishment which has no place in a modern prison system with a renewed emphasis on rehabilitation and resettlement".

Britain must give prisoners the vote

Just noted that the Observer has amended their article to remove this quote attributed to the MoJ...

Jailhouselawyer : Prisoners obtaining the vote can be a bridgehead to further improvements in the electoral registration system.