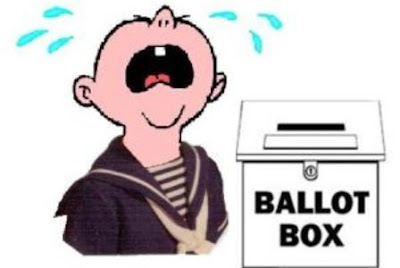 In addition to the three and a half million people who are missing from electoral registers as assessed by the Electoral Commission prior to the last General Election, there are many additional problems about the accuracy of existing registrations - let alone the mass problems that would arise from current Government proposals to make registration a purely voluntary matter.

How accurate are the forms which are currently returned to electoral registration officers? How many people just confirm the information sent to them on the registration forms either in error or to hide the details of all the qualifying residents within a household - a habit which was given a boost by the poll tax and has not died out. There are also shortcomings in the range of people who are entitled to register. Surely anyone who is established as a resident in the UK should be entitled to be enfranchised as they are subject to the nation's legal requirements as established by Parliament, including taxation - what of "no taxation without representation?" The only limits on enfranchisement should be (a) a qualifying age and (b) a carefully monitored exclusion of those with a very serious mental impairment. Yet residents from overseas are only currently entitled to registration if they come from Commonwealth nations or the Republic of Ireland. Why not others?

Tom Paine and the Chartists (with the important addition of the Suffragettes) knew the significance of the franchise. A full franchise was thought finally to have been achieved in the UK in 1928, but we have allowed it to wither on the vine. Establishing a full franchise should be a priority for all democrats and especially for democratic socialists who have a special belief in the importance of social equality.

When I was an MP I sort to tackle the matter via a Private Members Bill in the 1992-3 session and became involved with a body called "Full Franchise". Then I pushed various Ten Minute Rule Bills and amendments to legislation, especially to what became the 2000 Representation of the People's Act. But the only success I can claim (as the Government took it up) was the initial and perfectly inadequate provisions on Rolling Electoral Registration. Since those times information technology has bounded forth and the hopes contained in my proposals could be considerably polished and advanced.

Labour should be pressed to take these matters on board. Ideologically they don't need even to frighten middle England by saying that it is a socialist measure. If they need a vested interest before they can take up a principle, then a full franchise would lead to a future redrawing of constituency boundaries. This time in Labour's favour. For the Electoral Commission shows that those who are missing from the registers are a high percentage of the poor, ethnic minorities, the young and the highly mobile such as those in bed-sitter land. The only problem for Labour is that it would have to start paying serious attention to the well-being of these categories.

Added 5 November - Professor Iain McLean of Oxford University, told the Guardian in May 2010: “…to move straight to individual registration risks moving straight to mass disenfranchisement of the young, the urban, the mobile and ethnic minority voters. The rot dates back to Margaret Thatcher’s disastrous decision to make the electoral register a source of the poll tax register. It is also a source of jury lists. In the late 1980s, millions of people looked at the costs and benefits of being on the register, and rationally decided to disappear. They are not yet back, nor are their sons and daughters … At worst, a move to immediate individual registration could make Britain in 2011 like Florida in 2000.” Hat Tip - Grahame Morris MP.
Posted by Harry Barnes at 12:05 PM