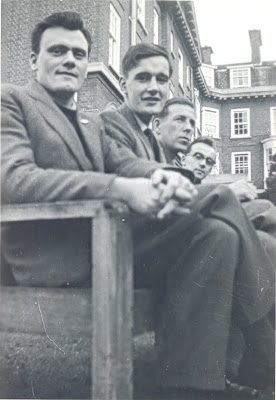 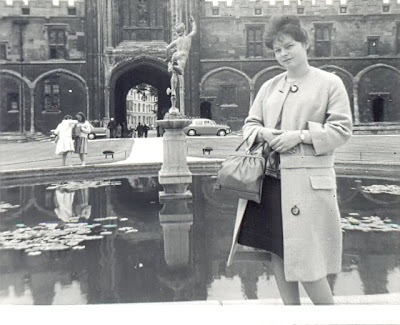 Ruskin was the key to what I was engaged in from turning up their 50 years ago and for the next 27 years until I went on to serve for 18 years as an MP. Even then the discussion of political ideas was still central to much that I did; whether in the Commons, Committee meetings or political gatherings. Even in retirement I organise political discussion meetings for what looks very much like classes of adult students who are also labour movement activists. The Ruskin experience of the early 1960s shaped my life and, thankfully is still shaping it.
Posted by Harry Barnes at 8:25 PM

Thanks for this slice of your history Harry.

This is just one of so many life stories radically altered through adult education. I wish that its importance was still recognised for what it is, even more for what it could be.

The Plump : We need to see how we can get the issue on Red Ed's agenda.

Indeed we do. Many of the last Labour leadership were deeply indebted to adult education and look what they did to it. The new lot don't know what it is, maybe we will fare better!

The Plump : Following a meeting of our Dronfield Labour Party Discussion Group I discovered that amongst those sitting in a circle discussing politics over our pints were people who in the good old days had attended Newbattle Abbey, the Co-op College, Northern College, Coleg Harlech (2) and Ruskin (2). Another who had studied under Ralph Miliband at the LSE had also been a Lecturer in Industrial Day Release Classes at the Sheffield Extramural Department as had the two of us who had been to Ruskin. The person who chair's our discussion meetings was an adult student on an access course I ran before she went to Sheffield University and another attends who has the same background. Two other former adult students of mine from classes for Trade Unionists also attend. So a potential 12 of us have had direct experience of these forms of adult education. So we should be able to come up with something.

This is one of the items which emerged earlier out of our discussion group - http://dronfieldblather.blogspot.com/2009/01/political-education.html

I realise that we have the basis here for doing much more. We have a meeting on Sunday of "How Red Is Ed?" and I will raise the issue. I will contact you afterwards on what might be done.

The Plump : As soon as I typed in the above comment, this arrived -
http://threescoreyearsandten.blogspot.com/2010/10/blog-post.html

I hope to attend. Can you make it?

I would have loved to have gone but it is the day after my partner goes into hospital for an operation - I have to be on caring duty. Let me know what goes on. The independent angle is interesting.

Look forward to hearing more. I take it you have seen this:

The Plump : Best wishes to your partner. I have signed the petition and will push it. Thank you for the plug on your blog.

On top of those I mentioned earlier there are four others with adult education backgrounds who are on my mailing list for the discussion meetings. One went to Coleg Harlech, one lectures at the Northern College, one taught on our Trade Union Courses and her husband ran such courses at Doncaster Tech (which I also taught upon). So there are at least 16 of us that have such backgrounds.

One option is to get you across to address one of our meetings. Another is to set up a half day school on the issue with your involvement. We also need to press whoever Ed Miliband appoints who has responsibilities in the area. I can also seek to involve our own Labour MP Natascha Engel who chairs the Commons' Back Bench Business Committee.

I would be happy to come over Harry and get involved in a half-day school. I think getting the MP involved is essential as we were without political goodwill.

There is a task awaiting us though. Advocacy must not be an exercise in nostalgia but a vision of where adult education can and must go in the future. We need a reinvention rather than a reconstitution.

I am doing more academic writing and less blogging at the moment and was thinking about the future of the blog, but what I might do is draft a wholly personal manifesto for adult education renewal and post it as a starting point for debate. Watch this space!

The Plump : I now find that "Post 16 Educator" are based in Sheffield! Whilst a dozen signed the petition just a short time after me. I appreciate that in politics you move on from where you are at to what is feasible (even if radical). Some of us may need to establish just where we are now, for half the 16 I mentioned are in their 70s !

That's great. I can play the restless young radical being a callow youth of 58 :-)