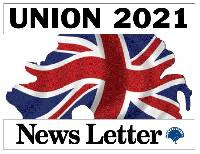 Harry Barnes was Labour MP for North East Derbyshire from 1987-2005, during which time he served on the Northern Ireland Select Committee, the British-Irish Parliamentary Body, was joint-president of New Dialogue and worked with the Peace Train. His political blog is at http://threescoreyearsandten. blogspot.com/
Posted by Harry Barnes at 3:10 PM