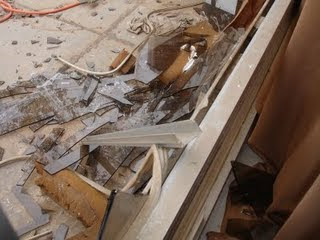 When peace, tranquility, prosperty and hope are finally established in Iraq it will have been achieved by people such as Dr Mohammed, his wife and child whose lives provide a telling example for others in today's harsh conditions.
Posted by Harry Barnes at 5:21 PM