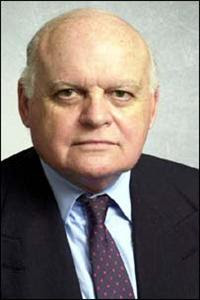 Yesterday the Government was defeated in the Commons by 250 votes to 247 and thus lost Clause 10 of its Parliamentary Standards Bill. The Socialist Campaign Group split down the middle on this issue, with those left-wing twins Jeremy Corbyn and John McDonnell being in different lobbies.

The Clause in question related to the powers of both the proposed Independent Parliamentary Standard Authority (IPSA) and the proposed Commissioner for Parliamentary Investigations when they undertake their roles relating to MPs' salaries, allowances, financial interests and conduct. It would have allowed these bodies when proceedings against an MP in the courts or elsewhere to use evidence gleaned from proceedings in the House of Commons. Yet MPs enjoy freedom of speech in the Commons and Clause 10 would have removed this right in certain areas related to the work of the IPSA and the Commissioner.

The dilemma faced by MPs was (a) would the removal of Clause 10 inhibit the work of the IPSA and the Commissioner on the one hand and/or if passed (b) limit a right of freedom of speech in the Commons which MPs need in order to defend the rights of their constituents and others. The Clerk to the Commons and the Justice Committee (who rushed out a report on these matters) advised that the IPSA and the Commissioner would not be seriously effected in the absence of Clause 10, but that if adopted it would create a worry as far as MPs' freedom of speech under Commons' procedures was concerned.

Outside the power of the whips, a further dilemma faced by Labour MPs over the Clause was what would their constituents think if they voted down an item which their Government claimed was important in the battle to stop MPs using their position for personal gain.

In making their minds up on this matter the Socialist Campaign Group split three ways. 9 voted with the Government (including John McDonnell), 8 voted against (including Jeremy Corbyn) and 4 abstained or were not present (including Bob Marshall-Andrews).

As the Government lost the vote by three, it should also be noted that two former Cabinet Ministers helped to swing the result. Both Margaret Beckett and John Reid were in the "no" lobby.

In fact the Socialist Campaign Group ignored the discussions on the Bill. These lasted over three days in the Commons and it was only some 10 minutes from the end of all this that lefty Lynn Jones finally intervened to complain about the procedures under which the Bill was being rushed through the Commons. The absence of Socialist Campaign Group members meant that matters such as the case for having full-time MPs and otherwise getting value-for-money from them went by the board.

Jack Straw carried the bulk of the Bill from the Government side. The bits and pieces that were covered by his side-kick on the front-bench, Barbara Keeley were handled in an inept fashion. Only five MPs on the Labour back benches made speeches over the three days and only five others who had turned up for bits then intervened. The work on the Bill was mainly handed over to the Tory benches, with Sir George Young (the Chair of the Commons Committee on Standards and Privileges) gaining concession after concession from Jack Straw and improving a rushed Bill that now still needs to be bashed into shape in the Lords.

Yet this Bill arose out of the event that has transformed British politics - the expenses scandal. Its consideration should have been dealt with as a major parliamentary contribution to what should be a grand inquest of the nation. Yet the bulk of Labour MPs (in particular) ducked for cover.

Sir Peter Tapsell (Louth and Horncastle) (Con) : Why is it appropriate to go through this great constitutional rigmarole in advance of the recommendations of Sir Christopher Kelly’s committee, which is bound to cover all the same ground? The Prime Minister has said, I think unwisely, that we are going to accept in full all that committee’s recommendations, which are bound to cut across some of the proposals in the Bill, which means that we will have to go through the whole thing again.

Let us hope that next time Labour left, right and centre will use that opportunity to stir the conscious of the nation - for a starter trawl down here to Graham Allen. This short book also written by the Nottingham North MP is the classic text.
Posted by Harry Barnes at 4:38 PM