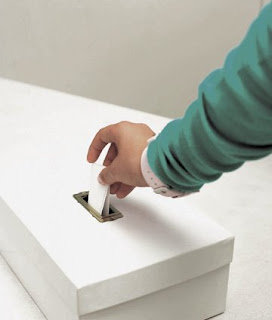 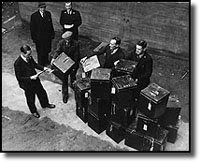 Here is a brief history of the franchise, but we still have some way to go before we reach a full franchise.
Posted by Harry Barnes at 7:38 PM

Harry I found this very interesting and stimulating and end up agreeing with you on all points apart from the reduction in voting age to 16. Logic would say that if you can join the army at 16 then why can't you vote and buy a drink in a pub. But if I think about my own situation at 16 I'm not convinced that at that age I was well enough prepared to make well informed decisions. I'm 61 now and still not sure I'm well enough informed but am convinced that I should have the vote, so at what age should we be given the vote? I think 18 is the appropriate age and a consequence of this is that recruitment into the army should be increased to 18.
...Martin

Harry: Thanks for still plugging away on this issue.

John : You are the one to thank on the "votes for prisoners issue".

Martin : I only go for 16 as a means of tackling those who might otherwise start out being missed from registers. Its not a matter of principle to me and I take the other matters I dealt with as being more significant. Then although there was some movement on these issues, we need to keep an eye on (1) the rights of people with disabilities to get access to polling stations and (2) the rights of the homeless to be registered.