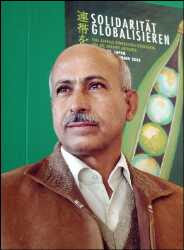 
I can confirm the importance of everything that Eric says, having chaired two meetings which Hadi Saleh addressed in the Commons. He was as fine a person as it has been my privilege to meet. I was honoured to be one of the speakers at the remembrance service held in his memory at the TUC's Congress House on 13 February 2005. There is no better way to repay our debt to his work than to give support to the Iraqi Trade Union Movement. The book "Hadi Never Died" explains both why and how. For more details on the book click here and to my post here for the day I became threescoreyearsandten.
Posted by Harry Barnes at 10:58 AM