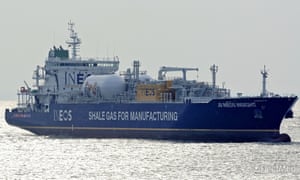 The following (in quotes) is about INEOS's latest position. I have not quoted the name of the person whom it comes from as I believe they would wish to remain anonymous. The "Tom Pickering" he refers to works for INEOS in a major and open role. I will seek to forward a copy to Natascha Engel as requested at the close of this item.

"The Government makes a lot of the claim that Britain has exceptional environmental protection. Well, INEOS is on the brink of being taken to court in Scotland, after trying to fiddle with the rules beforehand.

1. This report in the Ferret (Scottish investigative journalism, allied to the Daily Record Glasgow – similar to the Mirror in stance) came out yesterday. Although it isn’t about fracking I think it is damning about Ineos’s attitude to environmental protection, noise pollution to locals, etc... This is alongside SEPA’s earlier finding that Grangemouth has the worst carbon emissions in Scotland.

The offical SEPA warning to Ineos is worth reading:
https://assets.documentcloud.org/documents/4951294/Ineos-FPS-Final-Warning-Letter-21-September-2018-R.pdf

2. Food and Water Watch Europe are doubtless what Tom Pickering and Government spokespeople describe as irresponsible lying troublemakers, scaring the local populace. This report on Ineos in Europe seems pretty credible to me.... I attach a short clip – but the whole 27 pages are worth reading. It is 9 months old, so some of you may have seen it.
https://www.foodandwatereurope.org/wp-content/uploads/2017/11/FoodandWaterEuropeReportIneosChequeredRecordinEuropeNov2017.pdf

Do circulate widely to any one with an environmental focus, including MPs (not forgetting Natasha Engel, as her main case was that regulation make us all safe....)."