Ed and Jon and Socialism? 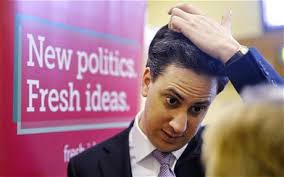 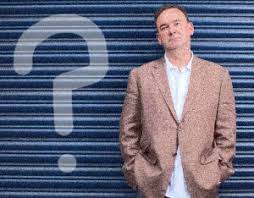 Ed Miliband and Jon Cruddas made two important Labour Party policy speeches on 10 and 12 February. They tend to have been missed by the media. They can be found via the links here and here.

Unfortuneately, they are difficult speeches to fully grasp hold of. This is partly due to the form in which the “Labour List” web-site presents them. Each sentence is shown as if it were a new paragraph. This probably made it easier for Miliband and Cruddas to read them out at the time, but proper paragraphs would enable the reader to grasp which bits go together and thus help form an analysis. A second confusing factor is that a great deal of what they say is in the form of sound bites directed to appeal to our emotions, rather than proposals we can clearly understand. It is continually indicated that all will become clear when coming policy review proposals are finally adopted. So the proof of the pudding will have to be in the eating.

Miliband lays stress on what he says is “one of the key principles that drive” his politics – that of equality. His presentation at this point says much that will appeal to democratic socialists, but we tend only to have hints at the policies his values will lead on to. Although he did go on to say “you can’t tackle inequality without changing our economy, from promoting a living wage, transforming vocational education, to reforming executive pay, to helping create good jobs with decent wages”. At least he says things that can always be quoted back at him, if we ever feel the need to do so.He concludes by stressing four further principles which ” will guide what we do”. First, “we could change the assumptions about who owns access to information because information is power.” Secondly, “no user of public services should be left as an isolated individual, but should be able to link up with others”. Thirdly, “every user of a public service has something to contribute and the presumption should be that decisions should be made by users and public servants together, and not public servants on their own”. And finally, “it is right to devolve power down not just to users but to the local level”. His final points leads on the speech by John Cruddas to the Local Government Network.

John Cruddas also concludes by making four points. First he says that “We will transform the systems and institutions of our nation”. He quotes Ed Balls as saying “we will devolve economic power to innovative cities and regions” and claims that “we must turn our cities into powerhouses of innovation and economic regeneration”. Then he points out that we are waiting for Lord Ardonis “to develop our strategy for regional jobs and growth and his report will be pubished in the Spring”. Secondly, he argues that the “Government is wasting money on reactive high costs services because it is failing to fix social problems.” Here (as far as local government is concerned) we have Rachel Reeves planning “a radical devolution to local authorities” to negotiate on behalf of their tenants and build more homes. Thirdly, we are told that we “will devolve power to help local people to help themselves and shape their services in response to their specific needs”. Proposals are said to have been set out by Hilary Benn is his “English New Deal”. Finally, we are told that we “will increase the power of local places by building collaboration between and across public services and organisations, and pooling funds to stop inefficiency and aviod duplication”. Here a “Local Government Innovation Taskforce is drawing up plans to better organize services around the places people live in rather than institutional silos”.

The package from Cruddas gives us hope and fears. For how will the square be circled? Devolution is on the cards, but with it we will seemingly be saving overall expenditure! Although there is no proper democratic procedures in the Labour Party to influence final policy developments, we have seven months before Annual Conference to seek to influence Labour’s final pre-election programme. I am for spending that time trying to win friends and influence people – amongst Labour’s movers and shakers. But then if they don’t listen, it will be time to get out of the heat of the kitchen – if we can only get there in the first place. (Although I did manage a private meeting in December with a Labour front bench spokesperson).