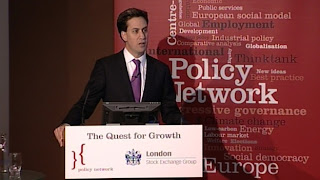 But do you believe it, for me no I do not and when labour wins again we will have the same bunch telling us it was all down to the poor the sick the disabled, after all if you can work you should, problem is of course nobody is making the employers employ the sick or the disabled.

Robert : Alf Morris (see the article below this) did things and pressed for more. There are still a few around who try to do a good job. But we have far too many at the centre who see politics as no more than a profession in which they are out to do well for themselves.