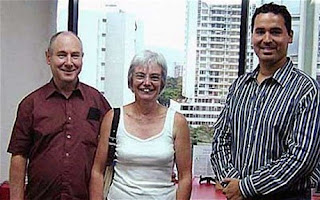 This is the second case recently where I have seen it said: "has been released from prison after three years under the condition that he does not talk to the media".

I highlighted the first case here...

Eddie Guilfoyle: What a load of old bollocks from the Parole Board!

What a shame that the freedom of speech lobby are silent on this worrying development. Especially, as the MoJ is retrospectively trying to gag me from speaking to the media!