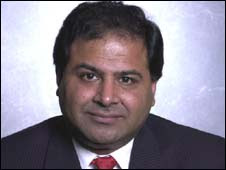 I am deeply shocked to hear of the death at the age of only 53 of Ashok Kumar, the Labour MP for Middlesbrough South and East Cleveland. Our times in the Commons overlapped for a period of nine years. For several of those years we both had offices which were almost opposite each other on the same Committee Corridor. We often called into each others rooms, not just to talk politics but to chat to each about our other shared interests.

I knew little about his specialist field in Chemistry where he held a PhD, but we had common interests in areas such as Philosophy and Opera. We never visited each others homes, but he told me that his was overrun with books which went well beyond his scientific interests. Invariably his interests in politics also went well beyond the MPs' passing trade and he was well versed in the world of political theory. His Labour commitment was grounded in the ideas of political activists such as Anthony Crosland, whilst I had emerged from out of the Bevanite tradition. But the differences in our approaches merely added to the pleasure of our discussions.

When my wife Ann visited London she worked with me in my office and thought highly of Ashok. Ann and I went on a Easter Break to Vienna and when we went together to see Wagner's Rheingold she sent Ashok a copy of the following postcard with the comments "Silly me. I thought that when Harry brought me here it was to enjoy ourselves - then he also took me to see where Wittgenstein used to live!". 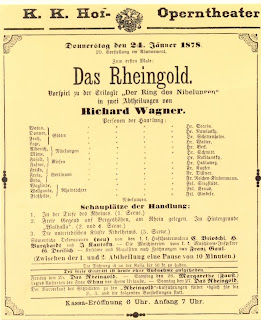 Ashok was born in India but had been to both Secondary School and then to the College of Art and Technology in Derby, whilst I was a Derbyshire MP. Then I had originated from the North East and knew something about the Middlesbrough area. So even on our passing Constituency business we could discuss our concerns.

I also observed many of Ashok's contributions in the Commons and we often sat in the same row of seats, again just opposite each other but this time separated by a gangway instead of a corridor.

The Speaker is correct in saying that Ashok "was a most assiduous Member" as is the neighbouring Middlesbrough MP Stuart Bell in pointing out that "he leaves behind an untarnished reputation." Given Parliament's recent battered standing nothing could be more important than that the coming new wave of MPs should follow Ashok's example.
Posted by Harry Barnes at 9:30 PM