The Shape Of Things To Come?

The British Electoral Registration system is already in a mess with several million people missing from the voting lists. But changes in the rules for registration will make the situation far worse. Do these developments in America show the shape of things to come? Given a class-biased electoral registration system, Romney seems to have it in the bag.
Posted by Harry Barnes at 10:40 AM No comments: 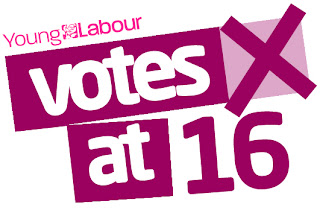 Harry Barnes
Dronfield, Derbyshire
Posted by Harry Barnes at 10:13 AM No comments: 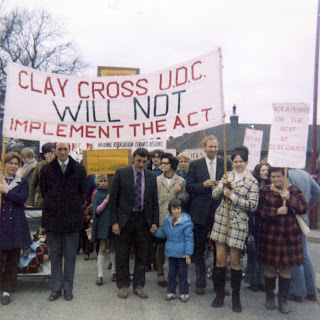 It is the 40th Anniversary of the Clay Cross Rent Rebellion. So what was it all about?

In 1970, the Conservatives had a surprise electoral victory. Ted Heath replaced Harold Wilson as Prime Minister and became known as Selsdon Man, because he adopted a set of free market and anti-working class policies which were in line with what would later be called Thatcherism. The strong reactions against his approach later led him to alter his basic stance via a set of "U" turns, for which Thatcher was later to deride him.

In the year in which the Heath Government was established, council house building was still widespread and only fell marginally short of the total number of houses built under private enterprise for both owner occupation and renting. Furthermore, many Labour Councillors themselves lived in Council houses and understood the needs and interests of communities they were part of.  The Heath Government wished to switch the housing pattern for working class people away from their heavy dependence on council housing.

In pursuing their interests, the Conservatives produced a White Paper entitled "Fair Deal for Housing" which prefigured their Housing Finance Act which received the Royal Assent on 27 July, 1972. Well before the measure became law, the Government's intentions were well understood and were creating considerable concern amongst council tenants and their Labour Councillors. Government subsidies to reduce rents were to end. Councils were to be stopped from supporting council rents from the rates. Then (as a start) most Council Rents would have to be raised by £1 per week in October 1972, which is an amount approaching £11 in today's prices. If a Council failed to act in conformity with these provisions (a) any subsidies for Council House Building would be ended and/or (b) a Housing Commissioner would be sent in to operate the Act.

On 10th June 1972, 223 delegates from 87 ruling Labour Groups met in Sheffield and carried a resolution by 74 votes to 1 (with 5 abstentions) demanding that "the labour movement shall not take steps which may lead to the implementation of the Bill."

Clay Cross in North Derbyshire had a population of 10,000 and had 1,400 council tenancies catering for over half of its population. Its 11 Councillors were all Labour. On 4th September 1972 it unanimously adopted the following motion - "That this Council will not operate any of the provisions contained in the Housing Finance Act 1972, and the Electorate shall be informed of the decision together with the reasons for coming to this decision and that the officers of the council be instructed not to make any preparations for implementation of any of the provisions of the Act nor to act on behalf of the Conservative Government as a Commissioner".

Initially a total of 46 Councils failed to operate in line with the legislation, whilst 80 Tenants Association were organised to hinder its operation. In the Chesterfield Rural District Area which surrounded Clay Cross their Tenant's Association ran a campaign for the non-payment of the £1 increase which its Labour Council had "reluctantly" introduced. In Dronfield, situated at the Northern End of the Chesterfield Rural District, its Urban District Council was Conservative-controlled and it had jumped the gun with a 50p increase in the April. Its Tenants and Residents Association, therefore, started out with a fortnight's rent and rates strike exactly 40 years ago today.  Dronfield had 1,000 Council Tenancies.

But much larger and immediately to the north is Sheffield where a Coordinating Committee for Tenants, Residents and Community Associations had been established in 1971. Sheffield having 76,000 Council Tenancies. Dispite this bodies' pressures, the Sheffield Council implemented the Act by 53 votes to 42, carrying out a later increase by 45-40. The second increase rested on the votes of 12 Sheffield Aldermen, but at least a non-eviction pledge was given for those withholding the increases.

Powerful pressures were, however, placed upon all the non-implementing Councillors and upon the tenants and residents who withheld rent or rates monies. By January 1973, 32 of the rebel Labour Councils gave up the struggle. 12 held out until later in the year. That left only Bedwes and Machen in Monmouthshire and Clay Cross in Derbyshire as non-implementing Councils. They both had a Housing Commissioner sent to their authorities to enforce the legislation. Bedwes and Machen did not block his work, so they were then out of the struggle. Clay Cross, however, blocked the work of the Commissioner and continued the fight.

Acton was taken against them by the District Auditor who claimed that they were responsible for a shortfall of £69,000 in their revenue account and could be bankrupted and thus debarred from office.  Eventually this position was upheld by the a High Court Decision by Lord Denning on 30 July 1973.

Fresh elections were then held in Clay Cross and Labour took 10 of the 11 seats with a 85% turnout. Local Government Reform meant the Clay Cross Urban District Council would be absorbed into a larger authority a month after the election and those elected would then become Parish Councillors, without Council Housing responsibilities. But for its remaining month as a District Council, the Labour Councillors refused to implement the Housing legislation. This led to the District Auditor surcharging them "jointly and severely" so that their liabilities fell over the £2,000 mark which would lead to their debarment. To save fresh bankruptcies among the second team the local Constituency Labour Party ran a defence fund, which paid off their debts. This fund, however, did not cover the much wider surcharges levelled against the original team of Clay Cross Councillors.

The Clay Cross situation was a matter of continuous dispute within the Labour Party from 1972 until 1978.  In 1972, Conference passed a resolution supporting the local campaigns of tenants, trades councils and Labour Parties "to spearhead the campaign against the Act". But it rejected a move for the retrospective clearing of "any councillors who suffer any penalty through their actions." Yet in 1973 it passed resolutions supporting "opposition to continuing rent increases" and backing Clay Cross. Furthermore, David Skinner one of the non-implementing Clay Cross Councillors stood for the Constituency Section of the National Executive Committee of the Labour Party and obtained 144,000 votes. This section invariably elected Labour MPs and, although David, wasn't elected it was a telling result which showed strong support in the Labour Party for the Clay Cross struggle. The Clay Cross issue was pursued unsuccessfully at the 1974, 1975 and 1976 Party Conferences. But then in 1977 Conference overwhelmingly carried a resolution stating "This Conference deplores the continuing disqualification from public office of the 21 Clay Cross Labour Party members and demands that the Government introduce a Bill to remove the disqualification forthwith". David Skinner went back to the rostrum the following year complaining that the NEC had not even pursued the matter with the Labour Government.

Whilst the struggle against the Housing Finance Act did not succeed in its objectives, it was part of wider campaigning which led to Heath dropping his Selsdon Man approach. When Labour returned to office there was then a recovery in Council House building, until it was successfully undermined by Thatcher's tactics. The persistence with which the Clay Cross issue was pursued at Conference (especially on the initiative of its Constituency Labour Party) also shows the significance of the democratic arrangements that were then open to the rank and file of the Labour Party, which have since been removed.

Yesterday evening the Dronfield Labour Party Discussion Group were fortunate to discuss these matters, when David Skinner addressed it on the "40th Anniversary of the Clay Cross Rent Strike". What appears above is, however, my own contribution and not a report of David's fine talk. My main sources have been Leslie Skfair's article "The Struggle Against The Housing Finance Act" in 'Socialist Regsiter 1975' and the Annual Reports of the Labour Party for the period. Anyone spotting errors, should use the comment box below.
Posted by Harry Barnes at 9:13 AM 14 comments: