You, Me and the ILP 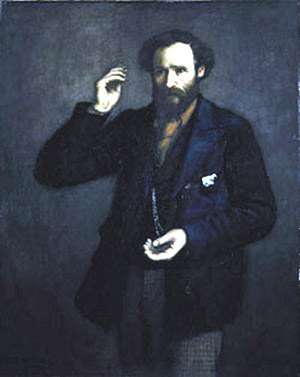 Tell me about it being disabled and I'm sick and tired of being asked oh yea your disabled how, you then tell them actually I'm paraplegic and they say, so you say.

The country never mind the world has changed hence I walked away from labour, this week I had my political levy changed to a charity, and it's no good labour asking me to be an associated member, and my Union stated i was not the only one, seems labour has annoyed Union members as well.

Robert : I am sorry to read about your difficulties and your disillusionment with the Labour Party. You will see from this blog and from my contributions on "Dronfield Blather" that I have also been highly critical of its activities for some time. In particular, you may have seen my criticism of Peter Hain. It is one reason why I like the ILP's perspective which appears on this thread. It does not talk of blind support for Labour, but of engaging with it in an attempt to shift its stance in a democratic socialist direction. That has always been my approach.

The following is from JON WILLIAMS

"Harry this is a very insightful article that will hopefully add to discussions ongoing at local / regional levels in the Labour Party and perhaps also at a national level.

You mention a society “for the many, not the few” perhaps these few words sum up where the ILP and other Labour affiliated parties, such as Cooperative Party, have policies based around these words, whereas the Labour Party has drifted away from this position. It was in Government in an effort to keep the financial industry supportive of its policies they moved “from the many to the few”. A laissez faire attitude to market regulation led to unsustainable money leading and mountains of debt which couldn’t be repaid.

The Capitalist mindset is “still” pre 2008 Credit Crunch. They have an overriding belief in making a profit while neglecting the wider community it operates in. All other collective democratic forms of wealth creation are neglected by Labour for fear of media / establishment attacks. The present Government is now under the cover of cuts privatising what’s left of the public sector.

There are many principles and words that have been used by the Labour movement to introduce numerous improvements in the UK e.g. health, education, transport, workers rights and reductions in social inequalities. How ideas are turned into actions starts by selecting the correct language for our current economic and cultural circumstances. History tells us what happens when the political classes stop listening. The electorate have long memories, but don’t remember specific details of why certain activities happened. One that still today produces negative reactions from the general public today is the “winter of discontent” in 1979. Trade union language and action forever will be thought of being overly mighty and answerable only to themselves. Even if the unions aims rightly were to gain support and fight for workers rights and a better family life. The general public were an afterthought. Unfortunately their actions lead to Thatcher’s individual / selfish society, privatisation and market de-regulation. Labour’s language has to reflect, be perceived and be understood by voters to offer more than just a return to past successful times. Language matters.

Capitalism needs more input / cooperation from all participants in the process of wealth generation, including workers at the lowest level of a business, if it is to continue as our economic system. It will need more transparency, be more accountable and be open to scrutiny. The Labour party needs to build a consensus to create the “Good Society” and in doing so creates a good working atmosphere during this process.

Jon, you make a very telling contribution. The phrase "for the many, not the few" is taken from Clause 4 of the Labour Party Constitution as amended shortly after Tony Blair became Leader. In itself it is a fine idea and is well used by the ILP. Unfortunately, the amended Clause 4 then went on to undermine and contradict this principle by advocating a "Dynamic Economy" based on "the enterprise of the market and the rigour of competition". The ILP's position and my own run counter to that provision. So we are being highly selective about the Clause.

We are at a political cross-roads in this country and maybe the World. I believe that those "left of centre" in Britain are in a majority but with no "tent" to gather under. There have been futile attempts to unite the left, but existing organisations are too fragmented and inward looking. The Labour Party is clearly not the vehicle through which the socialist alternative can be channelled and articulated. My reading of the history of the Independent Labour Party is one of an organisation whose reason for existence eventually became obsolete at a particular point in history. The current ILP is the inheritor of that fine tradition. Without a standard to rally to (forgive the military connotation) do you consider that there is any possibility that Independent Labour Publications could return to its roots and become once again the Independent Labour Party? Then we "Old Labour", can once again find a home, along with the new generation of radical thinkers and activists. The young need to be the vanguard of the change in society which clearly needs to come. Many radical young people have only a sketchy concept of the rights they enjoy and how they were won by the Trade Union movement and grass roots Labour organisations. Keir Hardie and others started this process in Bradford in 1893 and it may be back there that we can find fraternity and a new identity. "We cannot know where we are if we do not know where we have come from".

The ILP made a huge mistake in disaffiliating from the Labour Party in 1932. It then went into rapid decline, except for a period in Glasgow. The last ILP MP to be elected was in a Glasgow By-Election in 1946 - 67 years ago. No-one was elected afterwards and in the last five general elections before they turned themselves into a publications organisation, they could only muster the following number of candidates - 1964 - Zero, 1966 - 1, 1970 -1, Feb 1974 -1, Oct 1974 - Zero. They became a publications organisation in 1975 and I then became involved with them. There seems to me to be a serious warning from their experiences from 1932 to 1974, about not trying to act as a Political Party.

They seemed to me to have talked a great deal of sense in 1975 and have continued to do so since then. Their above statement seems to fit this bill. It in no way falls in line with the general stance and operations of today's Labour Party. It does, however, call for a need to "engage" with the Labour Party and to avoid the cul-de-sac of setting up party political opposition to it.

I believe in working inside, upon and outside of Labour Party to help build a "left of centre" majority. But given the nature of the media, the general lack of political education, the dominance of individualistic values, divisions in society over differing group identities and the mind controls of capitalism; I think that we have a long way to go to achieve a majority that is sympathetic to democratic socialist values. Far from this meaning that we should fall in line with the current dominent Labour mindset, I believe that we have to work to change it.

The following is from BARRY WINTER of the ILP -

"My thanks to Harry for publicising the ILP’s statement, Our Politics, and to those who have responded.

What is interesting in these turbulent times is the constructive way that many are critically reassessing the movement’s history and, not least, the role of the ILP. Jon Cruddas MP is one example, as his recent work on George Lansbury and Clem Attlee indicate. Following the era of New Labour, when our histories were consigned to the rubbish bin, this is good news. David Miliband apparently disagrees having said recently that there is too much focus upon our history.

I hope he reconsiders. We really do need to reconnect with past struggles and to the men and women who contributed to them, not out of nostalgia but to learn. This should always be about debating our history rather than about accepting holy texts. One thing is for sure, we do need to reinvigorate left politics with both a sense of fraternity and, dare I say, fun.

One of the lessons that I would suggest is that the Labour Party can only advance when wider movements create the political space for change. The 1945 Labour government was responding to a movement that rejected any idea of returning to the 1930s. Today, we can see the emergence of a splendid variety of movements – Occupy, 38 Degrees, UKUncut – whose pioneering initiatives and criticisms of finance capitalism are gaining wider resonance. It is good to see that the party leadership is responding positively. Of course, it is too soon to see how this will progress but it is a useful development.

Here you can also read the material by Jon Cruddas. In addition, we are reviewing our history online and would invite your comments.