When Will Labour Get Tough With The Causes Of Crime? 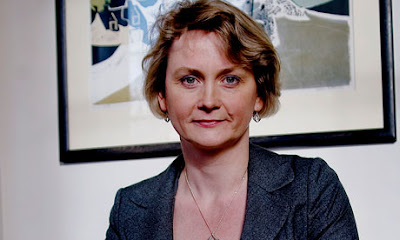 On 10 March Labour's Shadow Home Secretary, Yvette Cooper (above) said that Labour was still commited to Tony Blair's pledge to be "'tough on crime and tough on the causes of crime". From yesterday's debates in the Commons, we can see that the Labour Leadership is still fully committed to the first part of this formula, yet has no analysis which is related to the second part - apart from seeking an enquiry which would look at the causes of the riots. This was also Blair's own style of approach.

What evidence would Labour present to the enquiry it is seeking ?

Does Yvette not see that Thatcherism, New Labourism and now the Coalition have facilitated the destruction of the social bond in community after community. There has been the closing of traditional industries, without action being taken to at least temporally preserve what was possible whilst also instigating alternative provisions so that established social relationships could be maintained. Monetarism and then a flight into the arms of the financial institutions, helped to bury what had been achieved following nearly 200 years of struggle which resulted in the high hopes seen in the building of the Welfare State. Instead, commercial values have been allowed to dominate society, so that some can make a quick fortune whilst others are shaped into becoming consumers burdening themselves with debt as they become addicted to sales pitch after sales pitch. Worse still the unemployed and those otherwise deprived, are themselves pushed into accepting these false norms. Education has moved to training people to serve commercial operations, rather than opening up people's minds so that they participate in thoughtful ways to pressing for the building of a better world.

Scawl down here to see what Yvette both said and did not say. I am disappointed that she did not grasp even part of the nettle. The fact that she is probably one of the more caring Labour frontbenchers, just shows the shallow nature of modern Labourism. In today's desperate circumstances we obviously need to be tough on the rioting criminals, but we can't start to eliminate their mind-set unless we tackle far wider and deeper questions. If Labour does not now re-establish its abandoned democratic socialist principles, then it is hard to see if it will ever come up with the necessary responses to our problems. Or has Ed Miliband just dipped his toe into the water by saying that his party had failed to tackle inequality and had not paid enough attention to morality.
Posted by Harry Barnes at 2:00 PM

I absolutely agree with all of that. See also my own blog post at http://peezedtee.blogspot.com/2011/08/police-sirens-in-night-and-collapse-of.html

I like it because Police Siren Pro is a fully functional,realistic police siren simulator AND full ringtone app.This is an absolute MUST HAVE for all law enforcement,or anyone else who wants to have a blast playing with an interactive siren.
chiefsupply.com/search/police%20siren.aspx