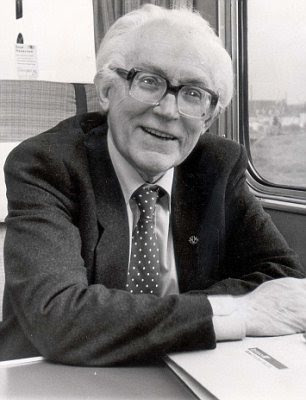 Gerald Kaufman's claim that Labour's 1983 General Election Manifesto was "the longest suicide note in history" has helped to fuel the impression that Labour's subsequent disastrous election result rested primarily on the shoulders of its policy proposals. To this, is normally added the argument that Michael Foot looked like Worzel Gummidge, which in a television era helped to destroy Labour's popular image.

(1) In 1981, the Labour Party suffered a massive split with the defection of the "Gang of Four" and the formation of the Social Democratic Party (SDP) under the leadership of Roy Jenkins. As it takes two to tango, the blame for Labour's split can not be laid exclusively (or even mainly) on the shoulders of its leftward move. Jenkins and company made the break, refusing to accept the legitimacy of Labour Party Conference decisions. In the 1983 General Election the combined Labour and SPD vote was almost exactly the same as that which an undivided Labour Party had achieved in October 1974 when it won an election under Harold Wilson's leadership. A united Labour Party in 1983 could have achieved something similar.

(2) Prior to the split and then the 1982 Argentine invasion of the Falklands, plus Margaret Thatcher's popularist response, Michael Foot had been ahead of her in the public opinion polls. So much so at one time, that Thatcher was seen as being the most unpopular Prime Minister in British history. But the Falkland Factor (added to the split) was played out to her considerable political advantage.

It is also a paradox that Michael Foot was seen to have had a bad television image, for back in the 1950s he had been a popular and regular television performer in discussion programmes. But by the 1980s, television had become an avenue for those with a simplistic style, rather than those with great oratorical skills, passion, intellect and feeling.

See this article by Jon Williams which stresses the contemporary relevance of the much maligned 1983 manifesto. It is likely to turn out to be far more important for the modern Labour Party than anything that is likely to emerge from its current policy reviews.

The more I read of the 1983 manifesto the more it astounds me how similar our circumstances are now and how we can use these ideas now. Basically a programme of public works... I agree we could replace Refounding Labour with the 1983 Manifesto - with one or two minor adjustments?

“Launch a massive programme for expansion. We will:
• Provide a major increase in public investment, including transport, housing and energy conservation.
• Begin a huge programme of construction, so that we can start to build our way out of the slump.
• Halt the destruction of our social services and begin to rebuild them, by providing a substantial increase in resources.
• Increase investment in industry, especially in new technology - with public enterprise taking the lead. And we will steer new industry and jobs to the regions and the inner cities.
• Ensure that the pound is competitive; and hold back prices through action on VAT, rents, rates and fares.
• Introduce a crash programme of employment and training, with new job subsidies and allowances”

Let’s hope the final Refounding Labour document published in September will recall Labour’s successful history of supporting the underprivileged members of our country by investing in the public and private sectors to kick start an economic recovery.

In my small town we have lost another four men to coal mining, it brought back to me why I joined Labour and fought so hard, now I look at the Labour party and I see people like Blair, people like Miliband two idiots who would cry if they had to go down a mine or get the little pinkies dirty.

I'd rather see twenty Micheal foots with arm patches on a donkey jacket then people who wear expensive suits and tell us socialism is dead, people like Blair Brown and Miliband.