Reasons For An Iraqi Commitment. 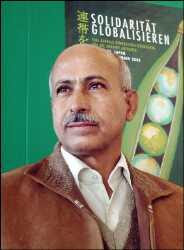 This is Hadi Saleh. He was the International Secretary of the Iraqi Federation of Trade Unions (IFTU). He moved out of exile to help establish this major organisation as soon as Saddam Hussein was being removed from power. When I was an M.P., I had the privilege of Chairing two meetings which Hadi addressed in the Commons. On an evening in January 2005, masked assassins broke into his home in Baghdad. They bound, blindfolded, burnt and tortured him. Finally strangling him to death with electric wire. His life was an inspiration to all Trade Unionists and socialists. It is celebrated in the TUC publication "Hadi Never Died". 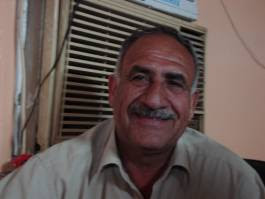 This is Najim Abd-Jasem who was kidnapped, brutally tortured and murdered by terrorists in Iraq in March 2007 because of his Trade Union activities. He was the General Secretary of the Mechanics, Printers and Metalworkers Union in Baghdad. I was also privileged to meet him in Arbil almost a year earlier. With other Trade Unionists from areas such as Basra and Baghdad, he had flown to the safer area of Iraqi Kurdistan to meet with our delegation from British Trade Unions and Labour Friends of Iraq. The meeting was hosted by our friends in the Kurdistan Workers Federation. I reported on our meeting with Najim and his fellow Trade Unionists last April. 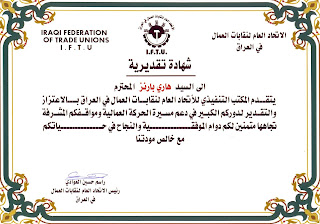 This is my certificate of Honorary Membership of the IFTU which Hadi helped establish. It was presented to me at the meeting in Arbil in which Najim took a prominent part.
Posted by Harry Barnes at 12:10 PM