The Effect On Iraq 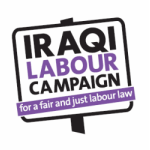 Christopher Hitchen has produced an article entitled "The Iraq Effect : if Saddam Hussein was still in power, this year's Arab uprisings would never have happened". He does not appreciate that if Iraq had not been invaded in 2003, then Arab uprisings could well have taken place even earlier than they have, starting out in Iraq itself and not Tunisia.

Before the invasion, Saddam Hussein faced massive internal problems in Iraq, the nature of which which the Blair/Bush camp never properly recognised. Hussein was only clinging onto power and resorting to his terrible methods to do this. The economy was in a state of collapse, whilst Hussein grabbed what he could via his excessive use of crude state power. However, what was mainly clandestine opposition came from significant elements of three main sources – the Shia, the Kurds and those who believed in democracy. Of course, the later included Shia, Sunni, Kurdish and secular elements. This tradition's greatest expression was the mass rally in Baghdad on May Day 1959 attended by almost 10% of the Iraqi population pushing for democratic institutions. That such values still exist was shown in the immediate movement to set up the Iraqi Federation of Trade Unions once the 2003 invasion took place. A movement supported by Iraqi Labour Movement activists, numbers of whom returned from exile. Those forming the IFTU were opposed to the invasion, but saw that they needed to act in line with their commitments to attempt to rescue Iraq and build a future. They weren't alone for there are wide forces who have since pressed for civil rights and the basic standards of life.

If without an invasion, Hussein had somehow managed to hold onto power until now, then what impact would recent events in the Middle East and North Africa have had in Iraq? Serious efforts by the groups I mention above would have arisen to seek to remove him from power and the international debate would have now been about what we would need to do to aid active opponents to Hussein’s regime. In fact if the invasion of Iraq in 2003 had never taken place, the first uprisings against extreme dictatorship could well have arisen in Iraq well before it was ever triggered in Tunisia. To deny this clear possibility is to fail to understand the people of Iraq.