The State Of The Franchise : A Democratic Disgrace 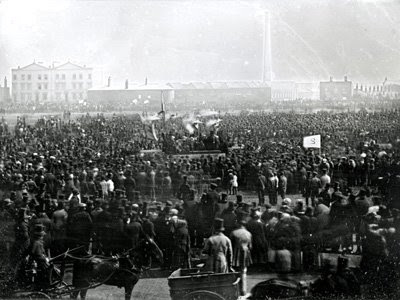 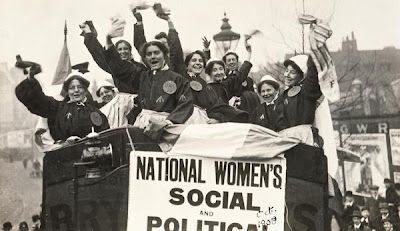 Here is a potted history of the growth of the right to vote in this country since 1832. It is generally assumed that the journey towards a full franchise has been completed, apart perhaps for those who argue for votes for 16 and 17 year olds. Unfortunately, too few notice the huge gaps which still need to be filled. They include -

1. Some 2 million people who are entitled to be registered to vote, but whose names are missing. The numbers missing are heavily concentrated amongst the poor, racial minorities, those living in bed-sitter land and those who are otherwise rootless and move about from one address to another, including those suffering from homelessness. As the missing millions are not spread equally throughout society, this has the knock-on consequence of seriously distorting our electoral boundaries.

2. Residents in this country from overseas, other than those who already qualify to vote because they come from the Republic of Ireland or from Commonwealth nations. (The other side of this coin is that British citizens overseas should be registered to vote in the country whose laws they are then subject to and not in this country.)

3. Those who are imprisoned. Yet this is a group of fellow human beings who could not be more clearly subject to the laws of the land. The paradox is that the large numbers of people who are never caught or convicted for their crimes, retain their franchise rights. If prisoners were registed to vote in the Constituencies in which they were imprisoned then it would give strong reasons for their local MP and candidates to pay attention to their interests. That is what accountability is supposed to be about. (This issue is regularly pursued on Jailhouse Lawyer's Blog.)

4. The case for votes for 16 and 17 year olds is that the teenagers concerned could initially be registered to vote via their schools as 15 year old "attainers". Not only would their names not be missed from registers, but schools could be obliged to run classes on the development of the franchise, its importance and its usage.

5. To overcome the problem raised in (1) above about under-registration, it would be possible for registration officers to be given the means to trace the movements of people once they are on registers (as in 4 above) to ensure that their voting rights were automatically transferred. There is a case here for the democratic usage of a compulsory ID card system.

In addition polling cards could be issued as soon as formal electoral procedures start, with widespead publicity given to their issue. This needs to be done so that those who don't receive cards can become aware they may not be registered. They can then be given the opportunity to register as long as they were present in the area concerned when the relevant electoral proceedure commenced.

6. Many of our legislative powers have been passed over to the European Union (EU), yet it does not operate under a proper parliamentary system. The EU has a huge democratic deficit which can only be overcome by its transformation in a fully democratic, social and federal structure.

Unfortuneately, we have halted the process of the advance of the franchise. Its current shortcomings are nothing less than a democratic disgrace.
Posted by Harry Barnes at 12:40 PM

(1) You could also add that even those who do have a vote do not in most cases have a USEFUL or EFFECTIVE vote, because under our idiotic first-past-the-post system most people's vote does not count for anything. Your chances of making any difference are very slim unless you happen by chance to live in a marginal constituency.
(2) I don't know why there is this enthusiasm for giving the vote to children. I would put the age back up to 21, or indeed preferably 25.
(3) The EU so-called democratic deficit (or "democracy gap", as it should be called in English) is rather smaller than it used to be, now that the European Parliament has substantial powers over legislation, and particularly since it is at least elected by a democratic voting system, unlike Westminster.

Peezedtee: Sorry for the delay. I could not connect to my own blog from 12 February until now! And I don't know how long this will last.

(1) When we go for PR, we have to look at the options carefully. Some give power to those who draw up list-systems, end the links between MPs and their constituencies and also lead to widespread political fragmentation which can also make unrepresentative groups the kingpins in sorting out
which coalition will come to power.
But then we can have compromises such as a variant of the German system or the single transferable vote(STV) in a single member constituency. But I have objections to STV in multi-member constituencies.

(2) You can't use the argument about needing political maturity before getting the vote, or most of us would find ourselves disenfranchised. The beauty of democracy is that it mainly for the great unwashed.

(3) The small moves to increasing the powers of the European Parliament are welcome. But there is a long way to go before the EU stops being controlled by deals amongst its Commissioners, Councils of Ministers and National Governments - mainly over the heads of any electorate anywhere.