A Memory Of Tony Benn 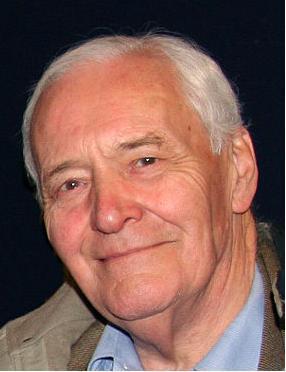 I first heard Tony Benn speak when I was an adult student at Ruskin College in 1961 and I last heard him speak at a Conference run by the Society for the Study of Labour History over 50 years later. He  always spoke well and from his depth of understandings and from his socialist commitments. Like all good speakers, he was particularly keen to enter into a full and frank debate with his audience. I was tucked away in the audience the first time I heard him, but on the final occasion we had our last talk together after the meeting. He had been surprised to spot me in the audience.

Although I came across him at Labour Party Conferences and at fringe meetings in the 1970s and early 1980s; I never met up with him face to face until 1983. It was an exceptional occasion. He had been selected by Labour to stand for parliament in a by-election at Chesterfield. I was a tutor on an Industrial Day Release Course for Derbyshire Miners which was held at the Adult Education Centre at Hurst House in Chesterfield. As I was teaching politics, I arranged for the candidates from the Labour, Conservative and Liberal Parties to address us. They preferred to address and debate with us separately. As we had four hourly sessions in class between 10 am and 4 pm (with breaks for coffee and lunch), this was easy to arrange. Ideally with candidates covering three of the hourly periods, it would have been educationally advantageous for the fourth hour to be at the start or the end of the day. That would have allowed the class to prepare itself for the event, or to have an inquest over what had transpired. But the candidates had other commitments which cut across this neat plan. So for the session from 11.15 am to 12.15pm, I arranged for the late Bas Barker to address us. He was Chair of the Chesterfield Trade Union Council and the only fourth Party candidate up to then who had ever contested the Chesterfield seat - as a Communist. He was an ideal fourth choice. Eventually 17 candidates stood in the 1983 Chesterfield bye-election. But none of the "extras" had come forward in time for our  discussion. The media took a great interest in the event and turned up to mingle with us during the two coffee breaks, which were held in a "common room". When Tony was speaking the door opened quietly and a microphone was poked into the room. I quickly chased the intruder away. John Halstead was teaching a parallel course to mine as their economics tutor, so we placed the two classes together and shared the chairmanship and organisation. (The class I was teaching is shown in the top photo here). It was an exceptional day of serious debate. Tony in particular contributed to the quality of the day's activities. I considered it to be a great educational success. In the year after Tony's bye-election success, he found that his constituents faced the impact of pit closures and the 1984 Miners' Strike. Those he had addressed at Hurst House a year earlier where now at the forefront of local developments and had Tony solidly and actively on their side.

During the 1983 Chesterfield Bye-election, Tony made an incredible impression. It was not a good time for Labour. Egged on by the media, people turned up at his packed meetings intent to "sort him out". Yet they normally left with posters and leaflets to advance his candidature. I had given him my full support two year's earlier when he was very narrowly defeated in a contest for the Deputy Leadership of the Labour Party. I was at the Labour Party Conference where this vote took place and remember an official whispering in his ear to tell him the result. I still remember the "wow" look on his face.


Four years later, I joined Tony in parliament as the MP for the neighbouring seat to Chesterfield - North East Derbyshire.  The constituency I represented laps in a "C" shape around Chesterfield. Our Constituency Labour Party Meetings and half of my MPs surgeries were held in Chesterfield as it was a central point to meet given the distribution of the NE Derbyshire population. But the links with Tony were not just those of convenience. Once I settled into parliament, I joined the Socialist Campaign Group where he was a major figure. For 14 years we were often together joining in the same debates in the Commons. In the early years, there was the unsuccessful fight to save the remaining pits in our area. Even after he retired from parliament in 2001, he continued to attend meetings of the Socialist Campaign Group and we were together on the platform at the launch of "Labour Against the War" at the time of the invasion of Iraq. In the Commons we met weekly at Socialist Campaign Group meetings. Whilst in Labour rebellions against Blairism we normally met up in the same division lobbies.

Even when people have basic shared horizons in politics, they can't (and should not) agree on everything. On one occasion, Tony and I had a joint meeting of our two Constituency Labour Parties to discuss the situation in Northern Ireland. We did this as Tony and I had different views on what the correct approach should be. He was a solid advocate of a united Ireland. Whilst I was content with that as a long term aspiration, I felt that the fact that the Unionists were in the majority meant that their stance could not just be overridden; it needed accommodating to. Tony, of course, tested my contrasting stance to the full. But invariably in a comradely fashion. We took similar lines in debates within the Socialist Campaign Group itself.

No socialist can ignore Tony's contributions over the years and we need to draw from them. Tony would not, however, want us to do this dogmatically. But in the spirit he pursued matters - through the dialectics of comradely debate. What mattered to Tony was the values which people adhered to. Differences of interpretation on how to relate these to passing events, were of lesser importance.